Home Entertainment Mercy Aigbe opens up on her fight with Larrit, releases receipts 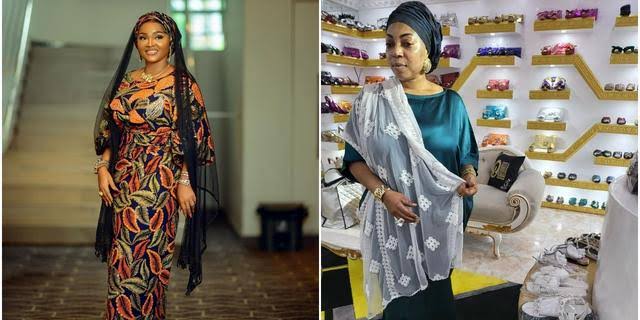 Actress, Mercy Aigbe, has now shed light on the reason for the fight between her and shoe vendor, Omolara Olukotun aka Larrit.

We recall that videos of the two women exchanging words and almost fighting each other at a part went viral over the weekend.

Now reacting to the trending videos on the incident, Aigbe via her InstaStory disclosed that she and Larrit were acquaintances until she turned to an “enemy.”

Mercy Aigbe wrote “I have been bullied online several times by Larrit (Lara). She calls me unprintable names unprovoked, yesterday she took it a step further by physically assaulting me.

“I was at a friend’s store opening (#rhemmygold) to celebrate with her.

“Larrit (Lara) was one of the guests. This woman, for reasons best known to her, slanders me online at every opportunity she gets. She has done many live videos and posts to this effect. I tried to reach out to her to understand what the issues were, but she chose to ignore me.”

“Lara and I are acquaintances. I have patronised her business, and she also has done likewise. So I was surprised and confused about how she suddenly became an enemy. I sent messages to her on WhatsApp, I called a few people close to her to understand why she would decide to be an antagonist. All efforts proved abortive.” 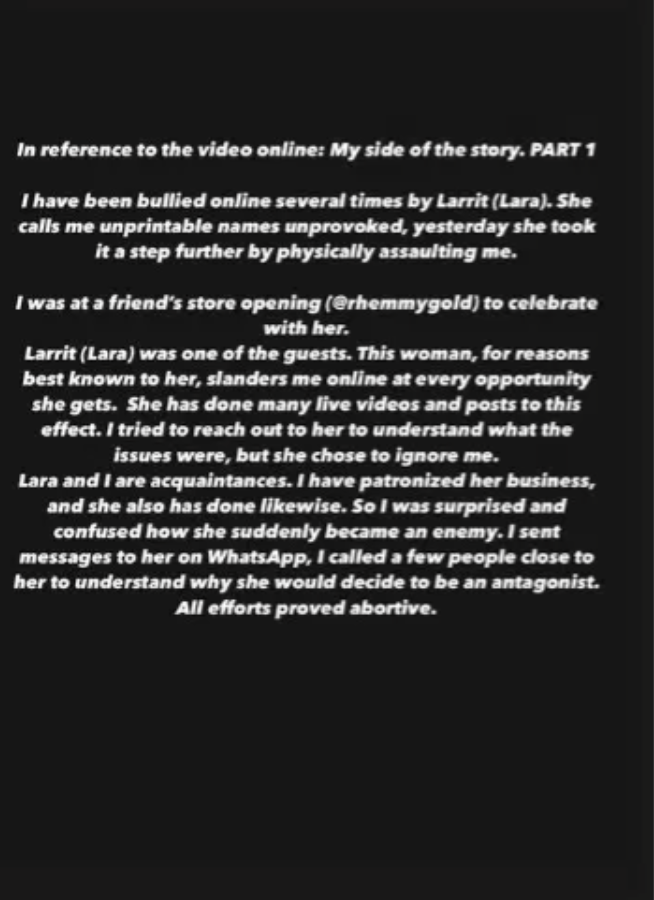 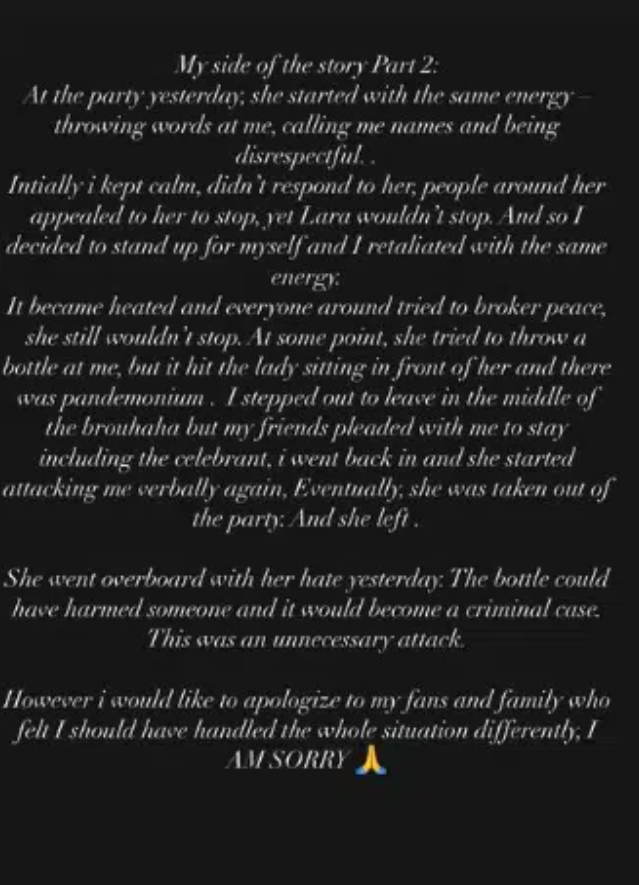 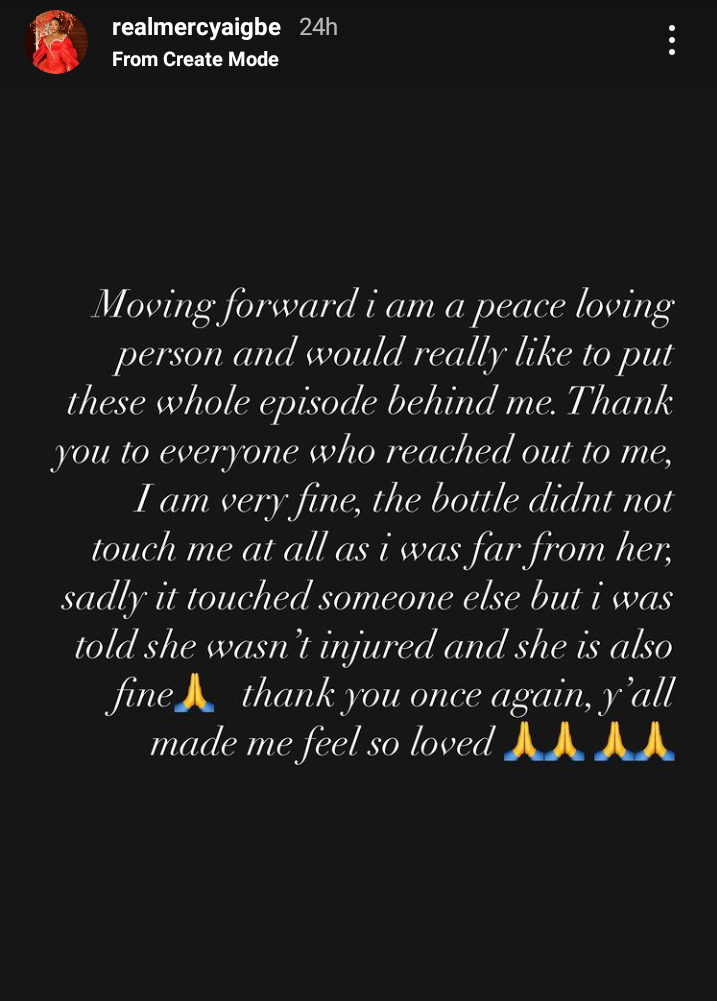 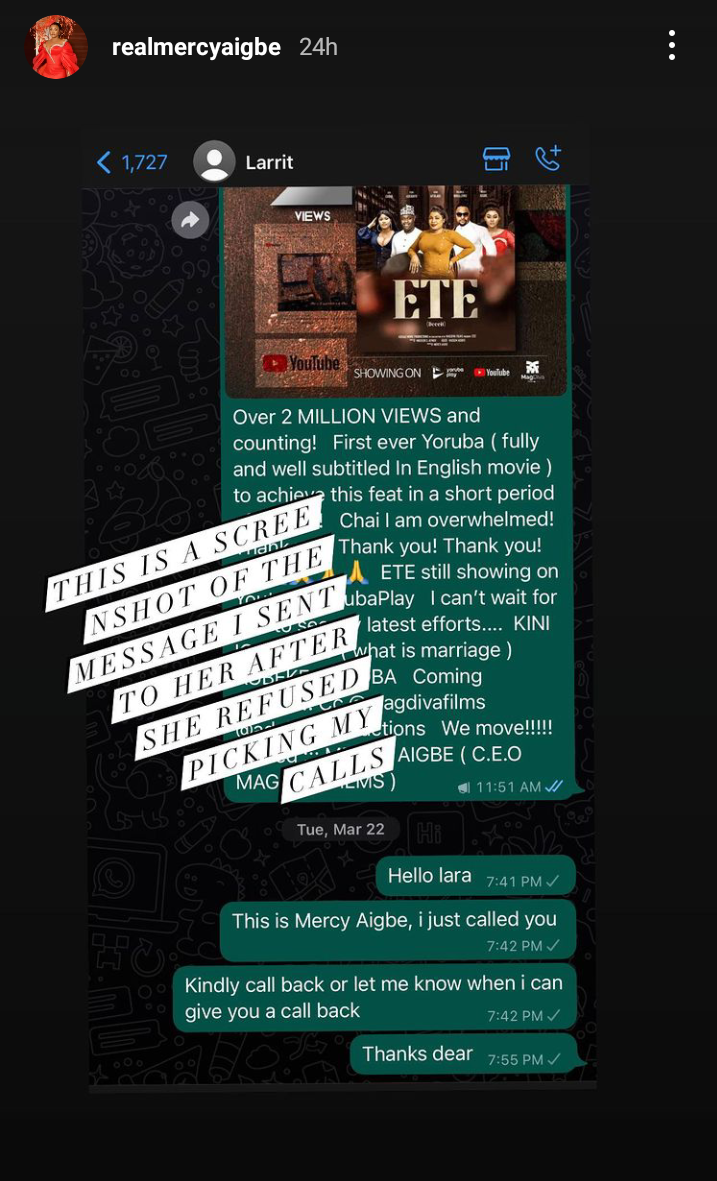 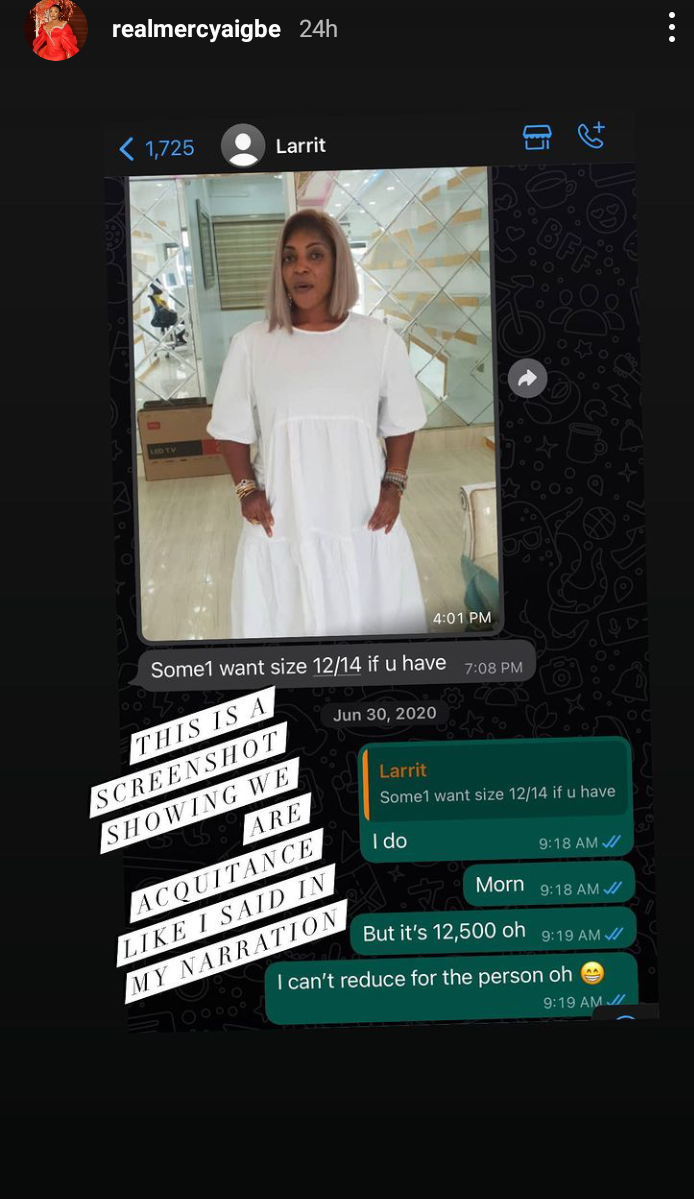