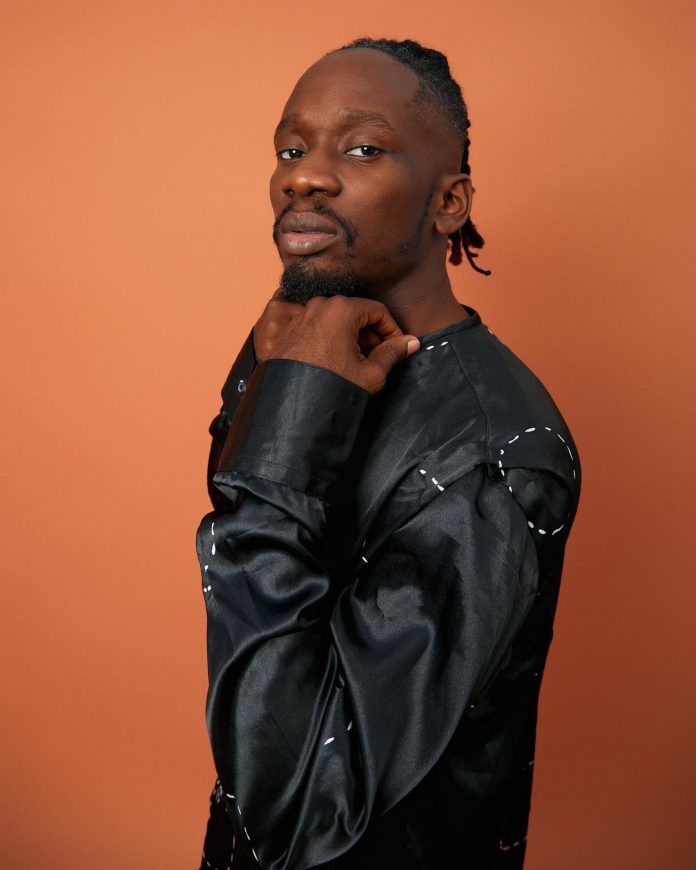 Temi Otedola’s partner just showed the world what he defines as success on his Snapchat story.

In the first picture he posted, it was that of a certified paper known as certificate which was given to him by the school.

The certificate contained the course studied, “Business of Entertainment, Media and Sport” and the signature inscribed by the proper authorities.

He captioned that “Give thanks” 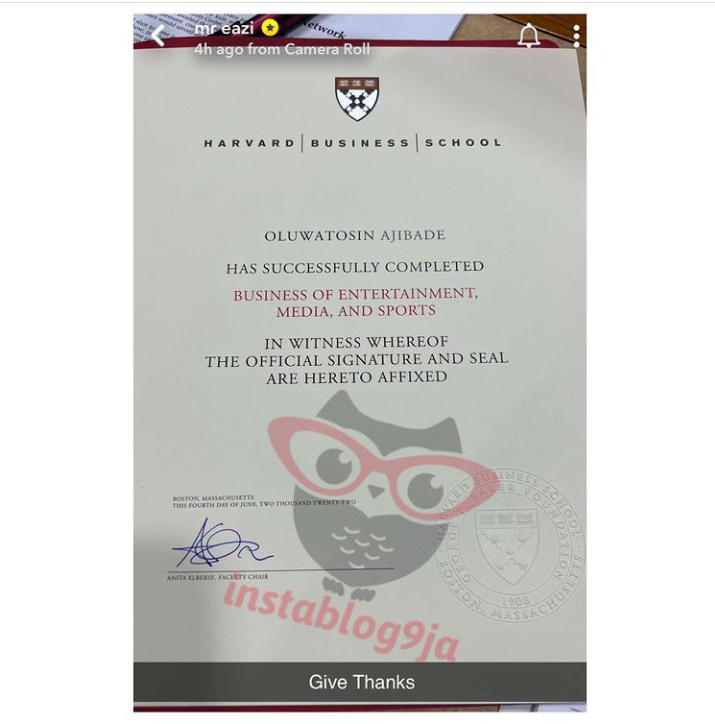 The second follows of a picture with an older female, who we cant certify her relationship to Eazi, the caption reads as “This is what success looks like” 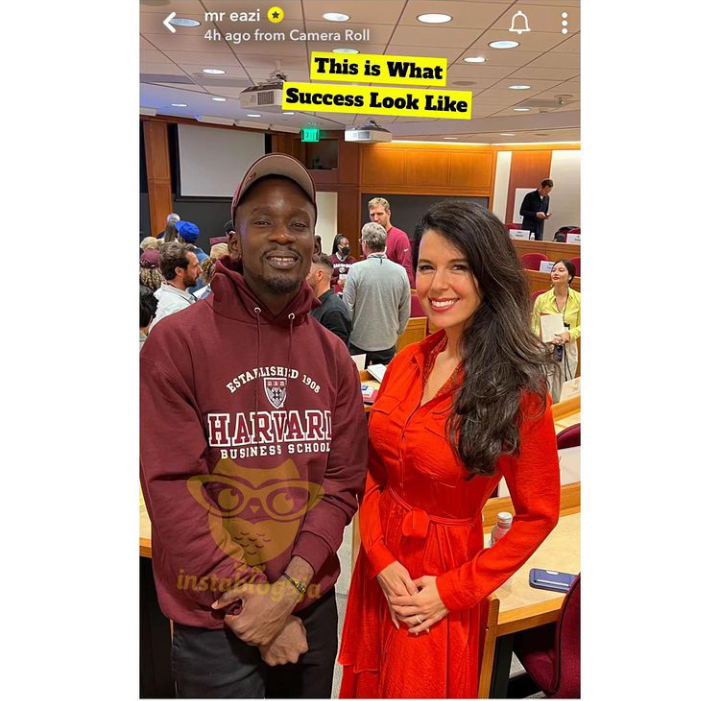 Then finally, it was a group photo of him and others snapped at the exterior part of the school.

In the caption he backed with the last photo, Eazi asserted that his team was sent to the school last year, and he also got his this year. 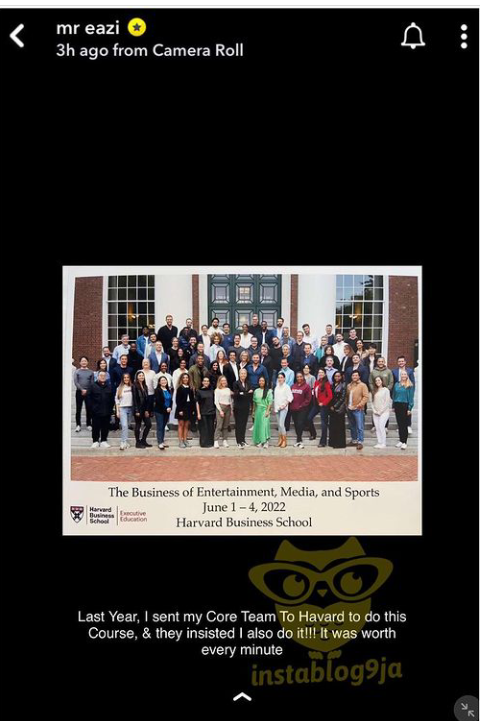