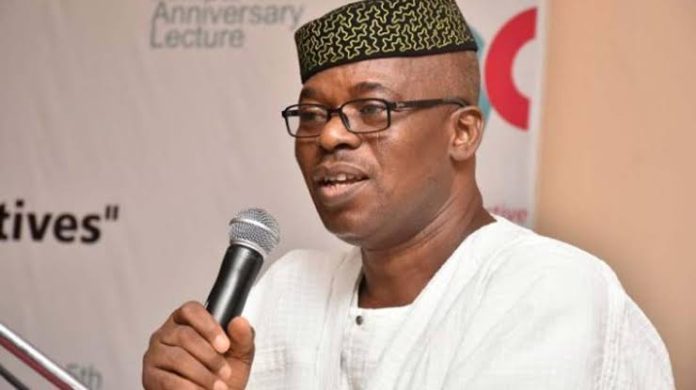 Candidate of the Social Democratic Party (SDP), Segun Oni, has rejected the results of the Ekiti State governorship election, adding that he would challenge the outcome in court.

We had reported that the candidate of the All Progressive Congress, APC, Oyebanji emerged winner after he polled a total of 187,057 votes to defeat his closest rival, Segun Oni of the Social Democratic Party, who polled 82,211 votes while Bisi Kolawole of the Peoples Democratic Party (PDP), got 67,457 votes.

Speaking through his state collation agent and former Attorney-General of the state, Owoseni Ajayi, the former Ekiti State governor, that the results as declared by the Independent National Electoral Commission (INEC) did not reflect the actual decision of the people.

Ajayi refused to sign the election results after the Independent National Electoral Commission, INEC, declared Oyebanji, the winner of the election.

Oni added that the election was characterised by violence and intimidation of voters, hence, his decision to reject the result and head to court.

Ajayi said, “we are rejecting the results because the election was characterised by violence and intimidation of voters, and as a result, we will definitely challenge the outcome of these results in the court of law for posterity and for the generation coming to know that when conducting elections, you must follow the rules and procedures.”