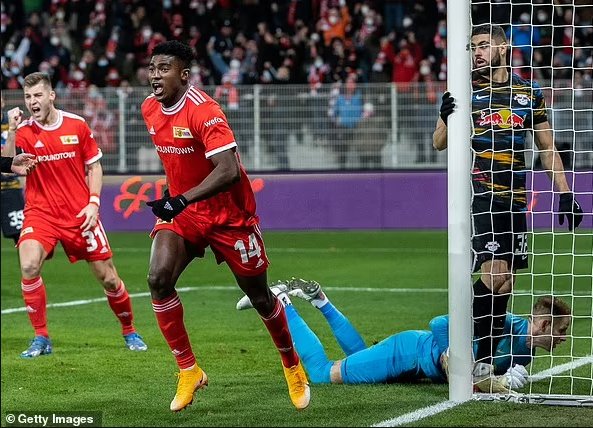 The Premier League team, which was promoted from the Championship via the play-offs, is likely to sign the Nigerian striker for a club-record fee.

The 24-year-old is anticipated to have his medical with the East Midlands team this week, with his previous club Liverpool set to get £1.75 million thanks to a 10% sell-on clause Michael Edwards negotiated.

In preparation for his transfer to his new club, BZ Berlin reported that he bid goodbye and left the practice field at 10.05 am on Wednesday.

After signing for Liverpool in the summer of 2015, he failed to make a single appearance for the club over his six seasons at the club, with seven loans across Europe, due to work permit issues.

The former Reds striker spent the 2020-21 season on loan with Die Eisernen, before signing on a permanent deal for £6.5m last summer. He scored 20 goals in 43 appearances in all competitions last campaign.

The proposed £17.5m deal would give Liverpool a £1.75m windfall because they negotiated a 10 per cent sell-on clause when they sold him to Union Berlin.