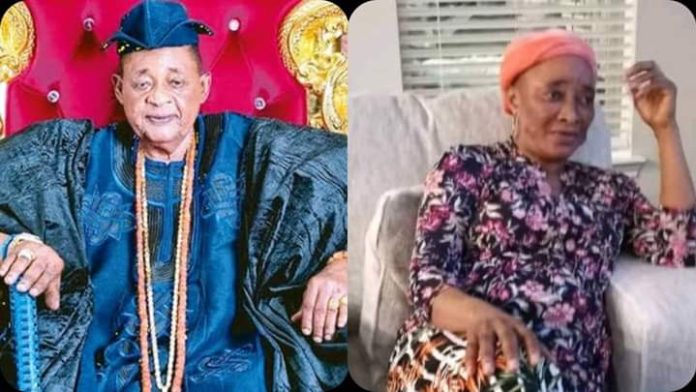 Barely two months after the death of the revered Alaafin of Oyo, Oba Lamidi Olayiwola Adeyemi III, one of his wives, Olori Kafayat, has also died on Friday.

Though details of her death is yet to be revealed but sources said the Olori died late Friday night.

Olori Kafayat Adeyemi, who was the fourth Olori of the late Oba Adeyemi III, was the mother of Prince Adebayo Adeyemi (D’Gov), who is the chairman of the Oyo State Local Government Pensions Board.

Before her demise, she was popularly known as Iya Aguo or Iya Ibeji in Oyo Kingdom.