Actor and happily married father of two, Bolanle Ninalowo has thrown a shade at his colleague, Ibrahim Yekini fondly known as Itele for being a deadbeat husband and father.

Itele has in the past few days come under fire after the house where his second wife and four kids live surfaced online.

Gistlover, who has been calling out the actor for abandoning his family, stormed the one-room apartment where his wife and kids live to shower them with love and gifts.

Together with Royal hugs, his wife was gifted thousands of nairas to take care of her children.

After the photos surfaced online, many couldn’t believe that the family of the popular and rich actor were living in shabbily.

Now shading Itele, actor Bolanle Ninalowo has shared a video of himself and his daughter on a movie set with a caption that reads “I will carry my child to school every day, I am not like many foolish useless daddies if you can not take care of your child, then don’t give birth”

Of course, the caption had many of his followers laughing out loud at Itele as seen in the screenshot below: 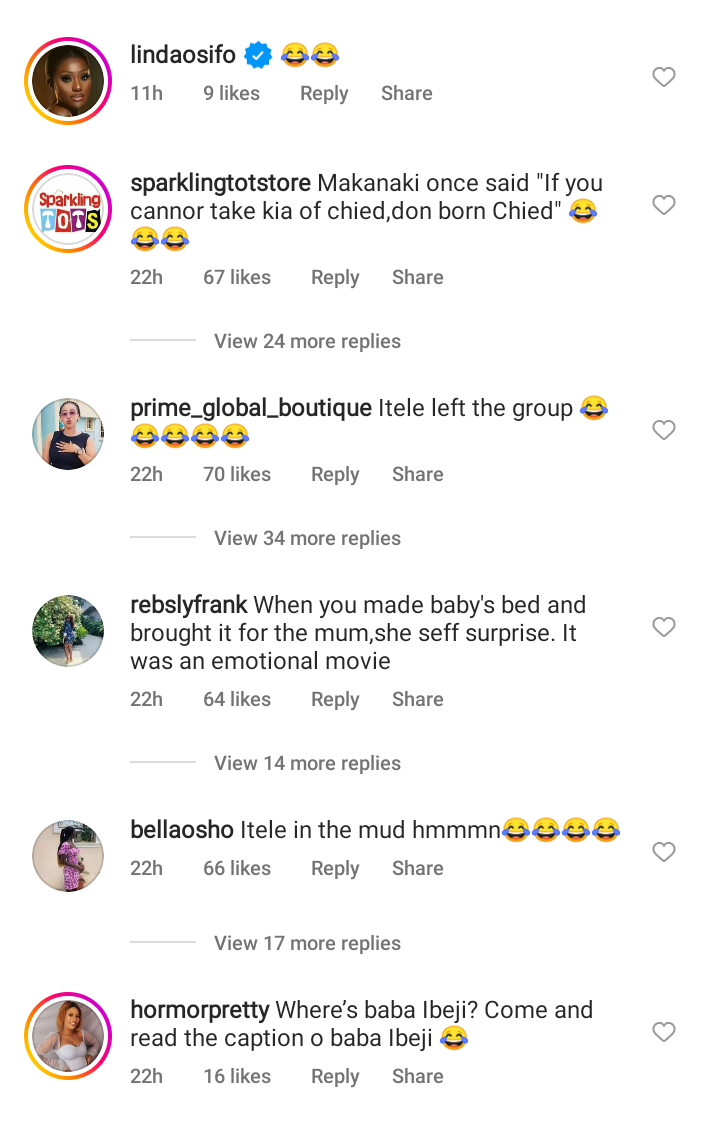