Home Entertainment “I am the mother of all bitches”, Bobrisky shows off 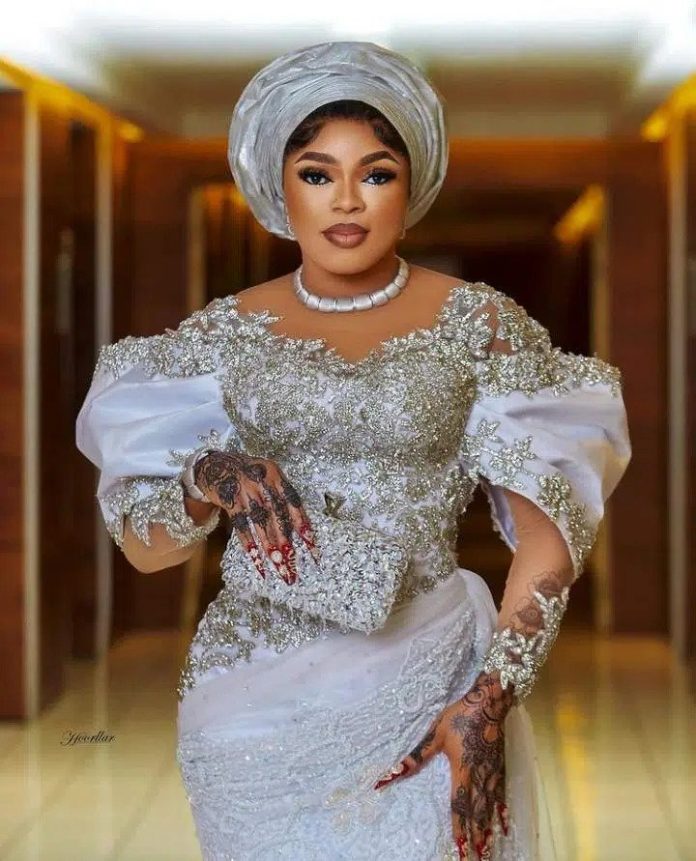 Nigerian Crossdresser, Okuneye Idris aka Bobrisky, has made flambuoyant moves to oppress her targets.

The Yoruba celebrity, took to her Snapchat page to make vows of silencing all her haters who thinks she is not rich.

She started by boasting of buying a 6 million first class ticket to Dubai, but was denied visa.

Bobrisky posted receipts of her claims to spite “broke bitches”.

“I don’t fly business class, I’m your mother in this game i keep telling many of you”, she brags.

She admitted it’s a four day trip, stressing further to prove herself.

Her brags didn’t halt at that, she extended saying she is no one’s mate in the game and bloggers who spew false narratives about her shouldn’t be taken serious.

Bobrisky teased her competitors (other girls), tells them they only can afford business class. She said highly rated babes like her, are men’s dreams as she can afford it at anytime.

Finally, she stated that she would divert her transit to another country, since Dubai is abortive. Boasts of travelling to 4 countries for her photoshoot. 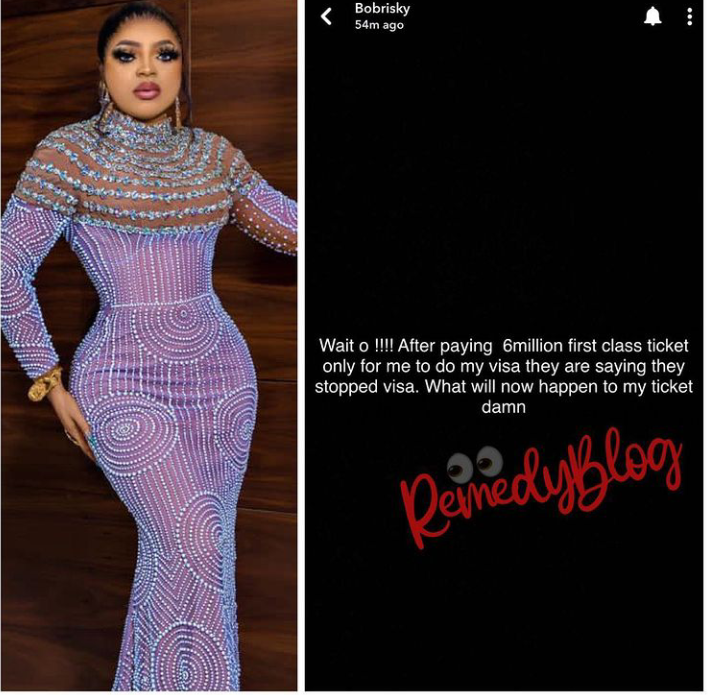 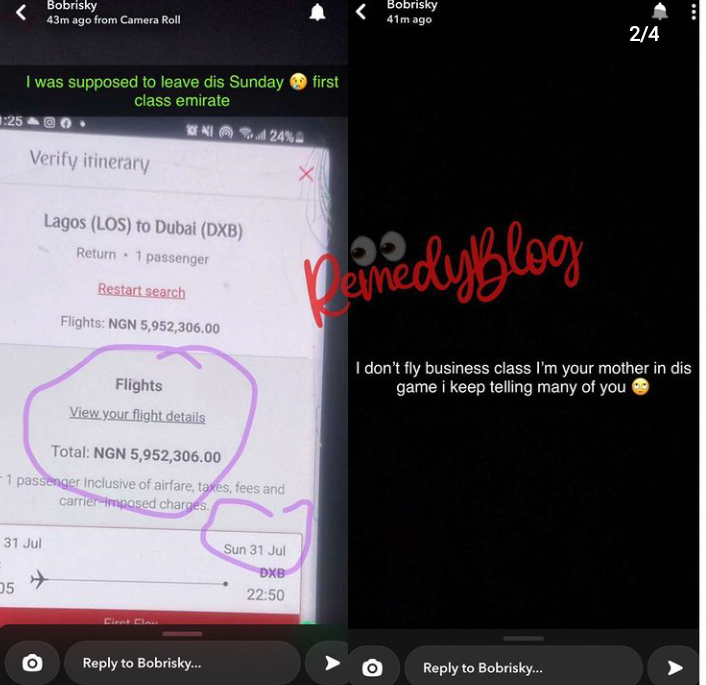 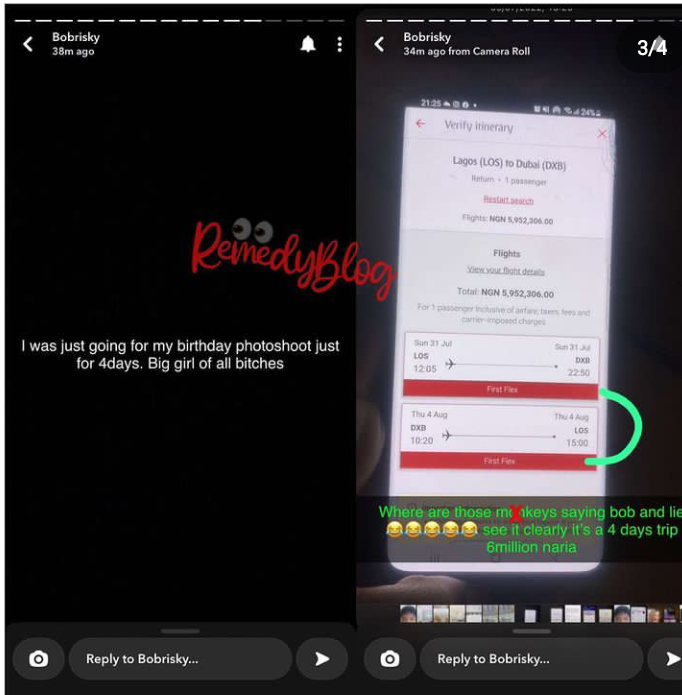 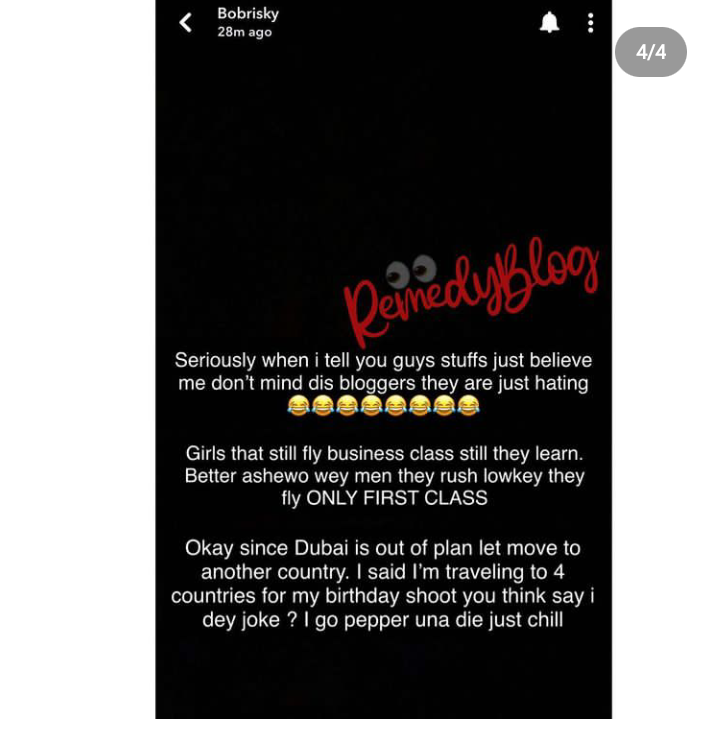