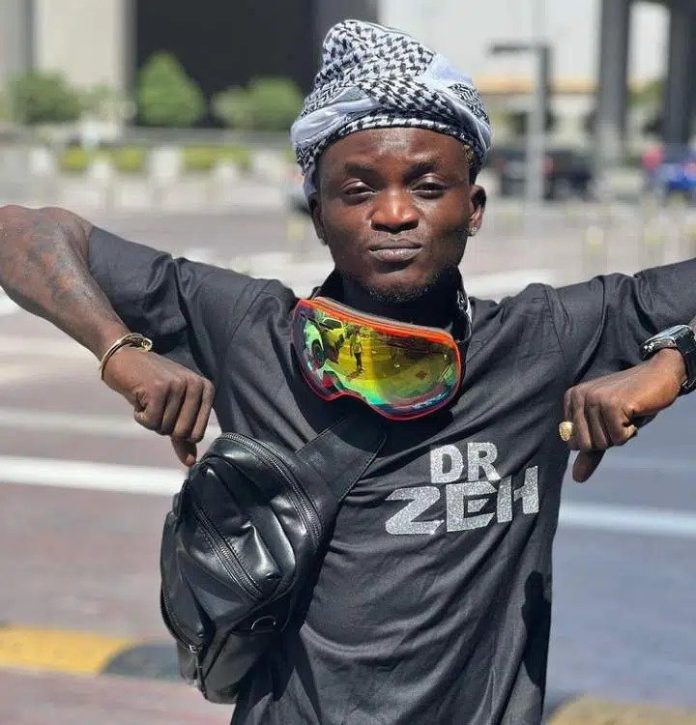 Controversial musician, Portable is yet again in the media rounds, after he captured himself receiving plea from a random man.

The Zazuu crooner has being in the news for offensive displays in the past few weeks, after he had committed series of atrocities.

Portable did tender apology today after his award nomination was disqualified, owed to the ill-traits he portrayed, with threat of murder towards Headies if he do not win his award category and his alleged establishment of notorious cult group ‘1 million boys’.

Few moments after this u-turn, he made a video of himself tending to a random man who had just broken his car’s window.

The man was seen crying for help and begging for mercy from the singer, while Portable’s composure didn’t move him to pity.

The second video was opposed to the first, as it seemed the issue has being resolved and the artiste have agreed with peace.

It didn’t end just there, Portable also gifted the man money and urged him not to repeat it again.

We once posted about Portable accusing his fans of damaging his cars and warned them not to ever try it again or will face his wrath.