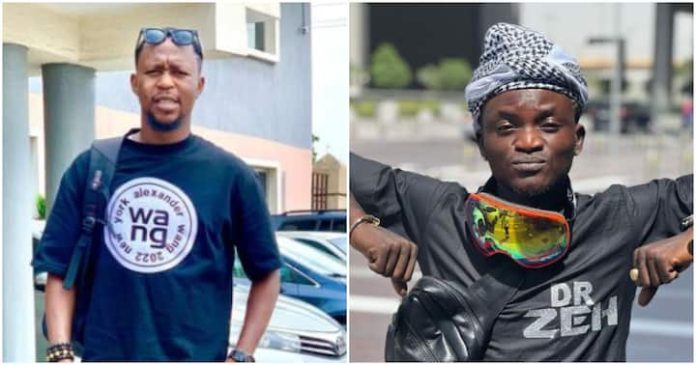 Neophlames made this known during an interview on ‘Celebrity Uncensored hosted on TLIG Africa TV.

According to him, the singer is talented, and he is just lucky that he shot into the limelight and has been doing well since.

On the controversies surrounding the singer, Neophlames pointed out that Portable is just someone who lacks home training and his background is very rough, brought up on the streets.

Even though Olamide also says he is from the streets, the journalist noted that Portable is from a hard-core street, different from where Olamide came from.

He said, ” I think he (Portable) is just somebody who lacks home training. If you check his background, you realize he wasn’t really trained.He was brought up on the street and streets is quite different from street. When somebody like Olamide says he is from the street, his own kind of street is ‘butterish’ compared to Portable’s street. Portable’s street is just ‘Pako 4 by 4’ complete. There is no ‘tushness, I don’t think there is any solid educational background, there is nothing like that. Portable is strictly from the street, from Sango to Mushin .You know that kind of life. I think that actually influenced his way of life and he can’t be controlled. There is no way. You help him today, tomorrow he is coming for you”.