Popular female journalists, Kemi Olunloyo has predicted that afrobeat singer and songwriter, Burna Boy may lose the Grammy Award to Angelique Kidjo when the event hold on the 26th of January. 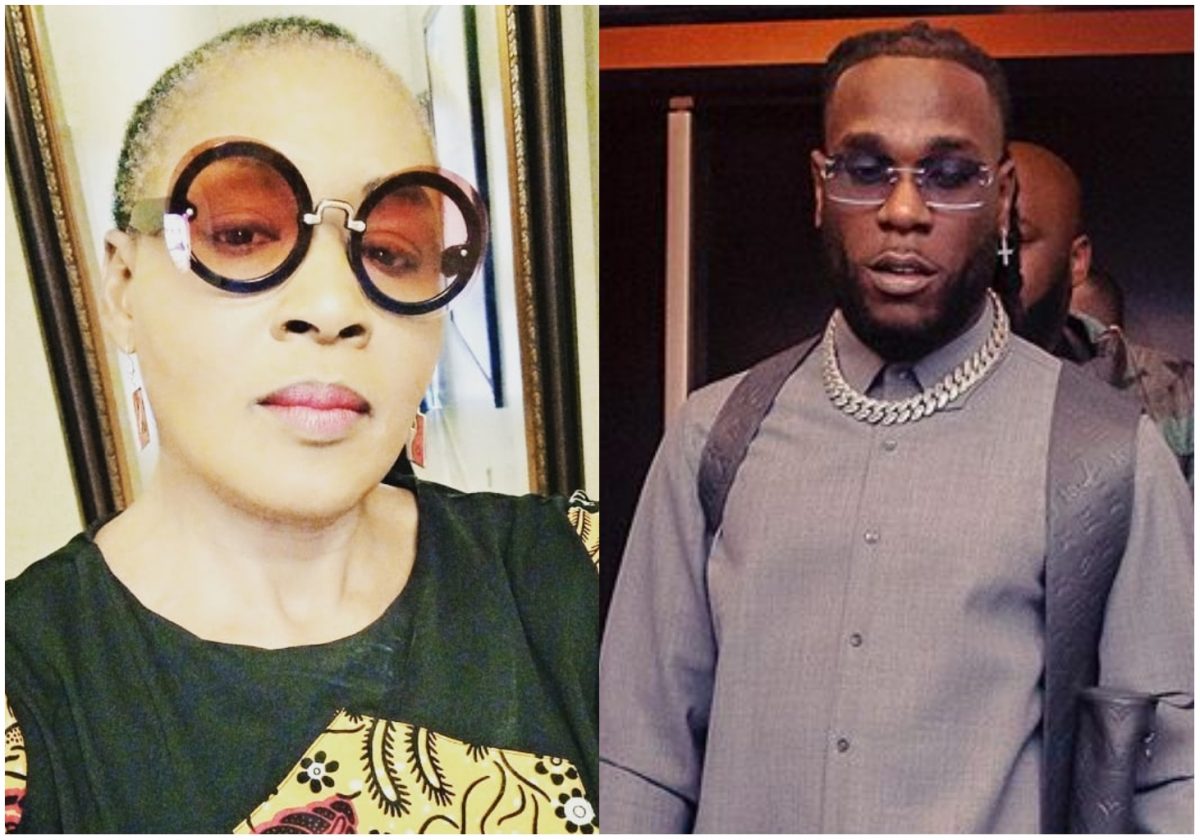 BurnaBoy is in contention to win the ‘Best World Music’ category for his celebrated album African Giant but will have to get past the likes of three-time Grammy winner Angelique Kidjo for her album Celia, which pays homage to the late Afro-Cuban legend Celia Cruz.

With this in mind, Kemi Olunloyo who is known for being controversial noted that despite Burna Boy putting in a good job, he has limited chances of winning.

Kemi Olunloyo noted that having gained much experience by judgeing different shows, Angelique Kidjo has the edge over Burna Boy. 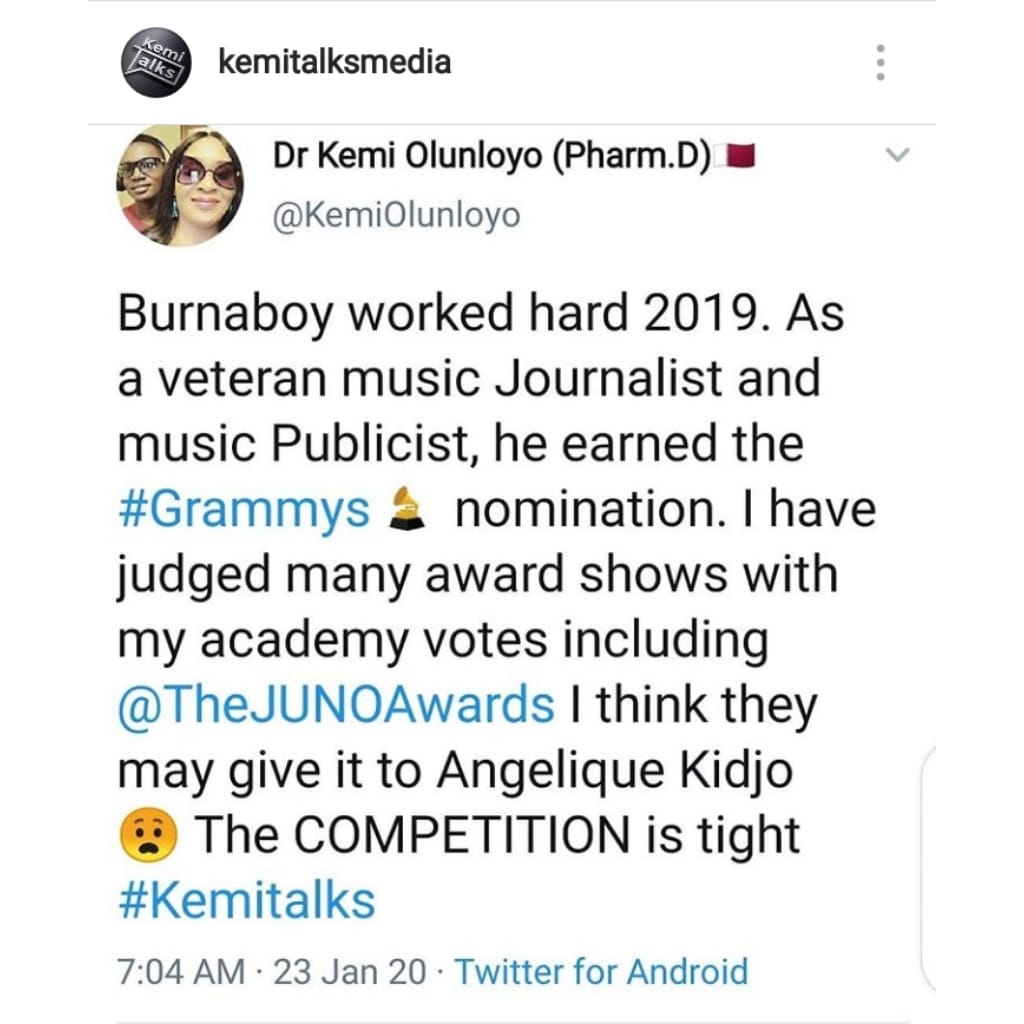 Notable Nigeria singes will also be hoping to make an impression at the award show ar the likes of Mr Eazi, Wizkid, Tiwa Savage and Yemi Alade.

Mr Eazi was nominated for his work on J Balvin and Bad Bunny’s Oasis while Wizkid, Tiwa Savage and Yemi Alade were nominated alongside Beyoncé for their work on her The Lion King: The Gift album, which was nominated for Best Pop Vocal Album amongst others.

However, all eyes will be on Burna Boy as Nigerians hope he makes them proud by waving the country flag high when the event starts.