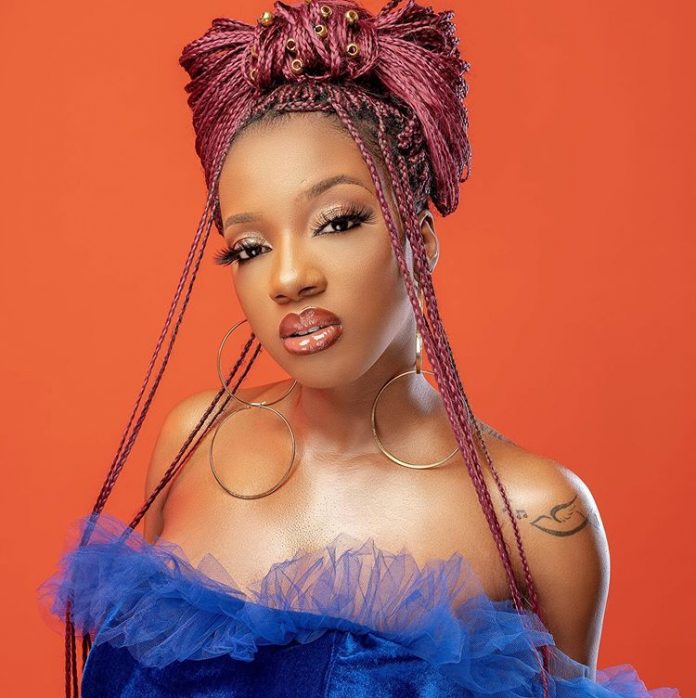 Former big brother naija housemate, Saidat Avala Balogun popularly known as Avala joined the list of celebrities to attend the 2020 edition of the Sound City MVP Award and she did so in a thrilling manner.

Avala who participated at the forth edition of the reality show made sure all eyes was on her as she attended in a stunning fashion statement.

The single mother of one showed how fashionable she his as she dish out a fashion goals to her fans across the globe in her glowing two piece outfit which reveal her hot body.

Avala’s outfit at the event made sure she was one of the hottest celebrity on the red carpet as fans couldn’t stop appreciating the beauty on show.

Avala has gone on to make a name for herself after the end of the reality show which brought her into limelight.

The singer and songwriter who hails from Ogun State but is based in the United States has been going on tours and shows as she continue to promote her music.

Avala who studied music and business at York College, Queens New York has been in the industry for some time now as she once featured Dr. Sid in her song titled, “Give Me A Chance” as her ambition to spread her music all over the world continues.