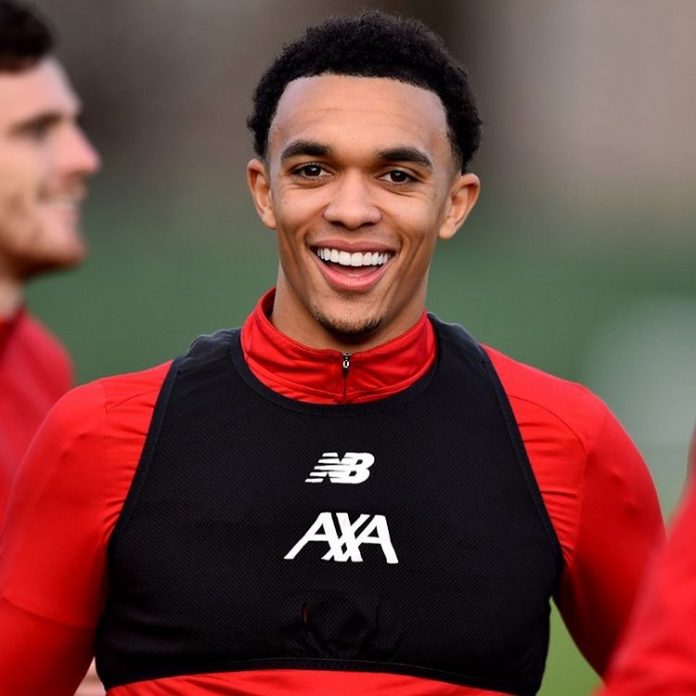 Liverpool defender, Trent Alexander Arnold has been named the best Premier League player for the month of December. 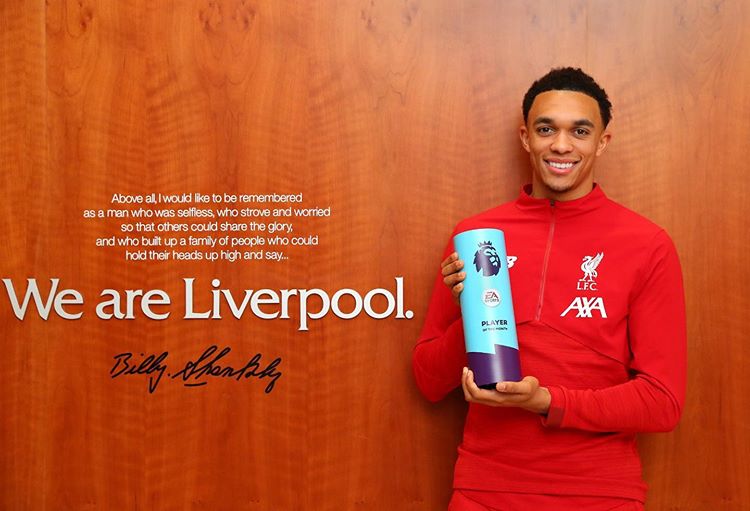 Trent Alexander Arnold form for Liverpool was enough for Jurgen Klopp’s side to continue their dominance at the top of the league.

The Right-back was ever-present for the reds during the month, getting four assists in his eight games during December and scored in a man-of-the-match performance in the 4-0 win over Leicester City on Boxing Day.

Liverpool’s manager Jugen Klopp was also awarded the manager of the month having led the reds to victory in all five of their Premier League matches in the month, beating Everton, Bournemouth, Watford, Leicester and Wolves to go 13 points clear at the top with a game in hand.

Star forward Sadio Mane some days ago was named the best player in Africa after a great season with the Reds.

It has been a fruitful month for the side, as they won the FIFA Club World Cup in Qatar to become world champions for the first time.

Johnson Olumide - February 17, 2020 0
A few days ago, Meek Mill denied he was not engaged to Nicki Minaj - even supposing the 'Buy a heart'  hitmaker fed rumors...

“A woman is more than the sum total of her sexuality” – Toyin Abraham...

Violette - November 10, 2019 0
The wonderful Diane looks so beautiful on this new picture uploaded on her Instagram page, rocking a fitted short skirt and tinny hands...

#BBNAIJA: As Tacha Confirms Her Endorsement Deal With Ciroc, Davido’s Tattoo On Her Chest...

Violette - November 21, 2019 0
Reality star and model, Tacha is having the best time of her life as she continues to sign endorsement deals after leaving the conclusion...