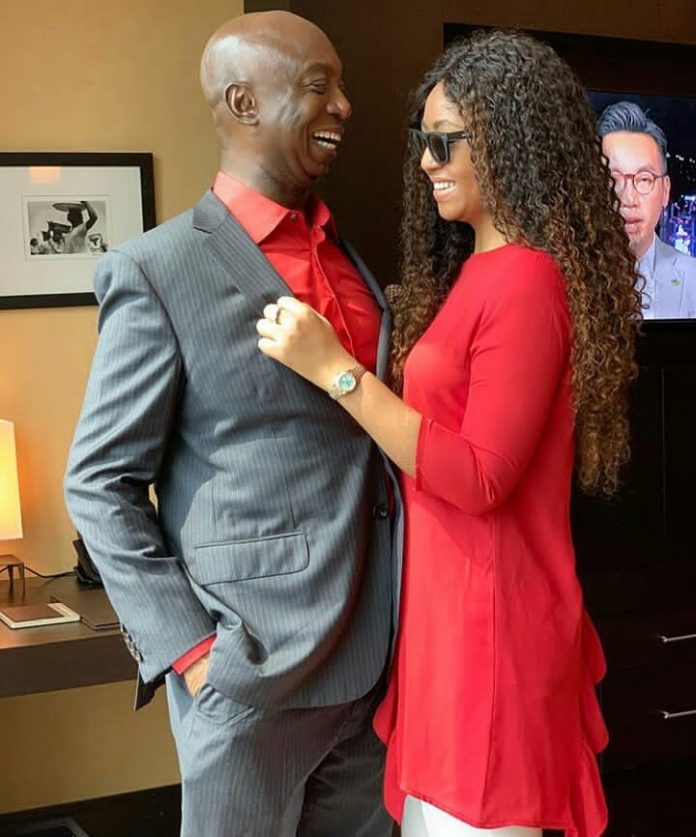 Popular Nigeria billionaire, Ned Nwoko has again showed to the world how much love he has for his wife and actress, Regina Daniels. 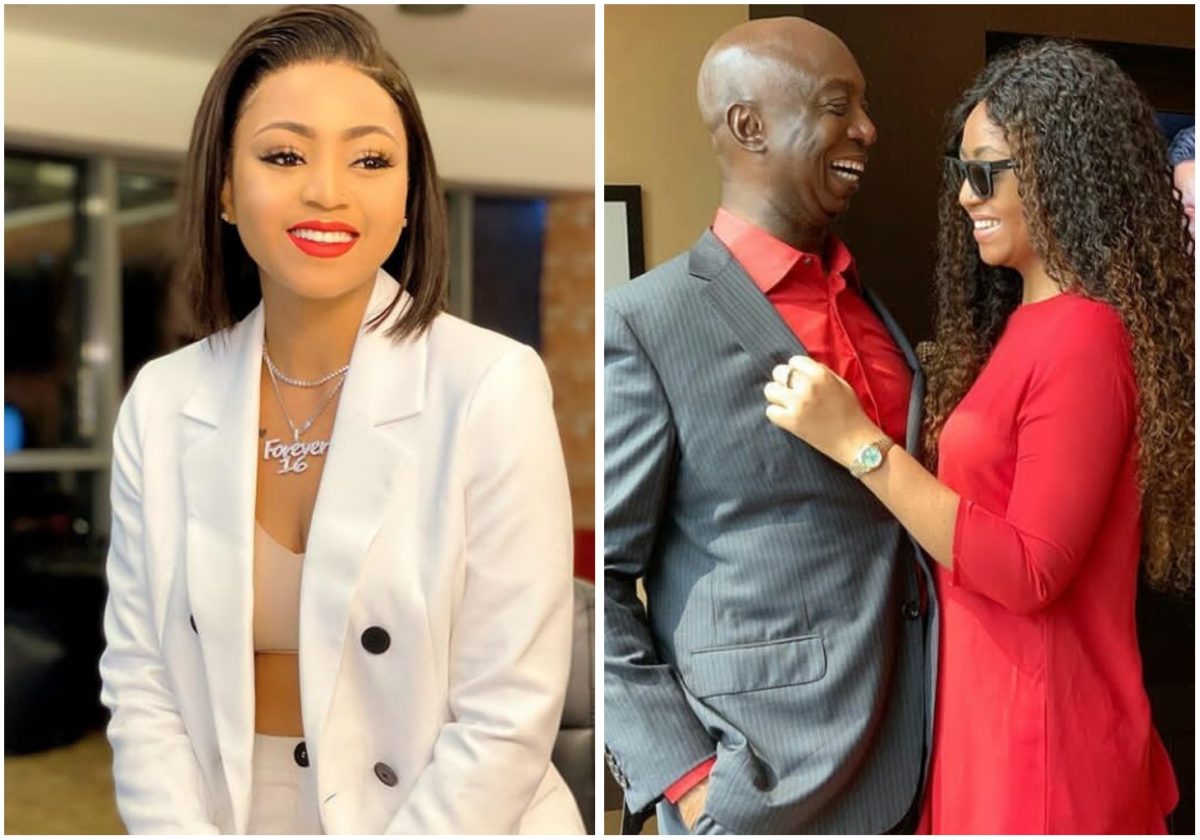 themselves as the business man showed her wife how to play snooker.

Instastories to share the video with her millions of fans.

Dressed in a similar outfit which was the Nigeria national team jersey, Regina Daniels captioned the lovely video:

This my teacher is so strict

their age difference have not been shy in flaunting themselves on social media.

The sexy screen diva some months ago revealed that she has hinted her father that she will marry his mate who ends up to be Ned Nwoko.

In other gist, veteran Nollywood actress, Funke Akindele made history by becoming

the first celebrity to hit 10 million followers on Instagram

Funke Akindele who is popularly known as Jenifa by some fans moved ahead of multi-award singer, Ayodeji Balogun also known as Wizkid who has 9.6million followers.

Davido and Yemi Alade in the new milestone.

See screenshot of her page below: 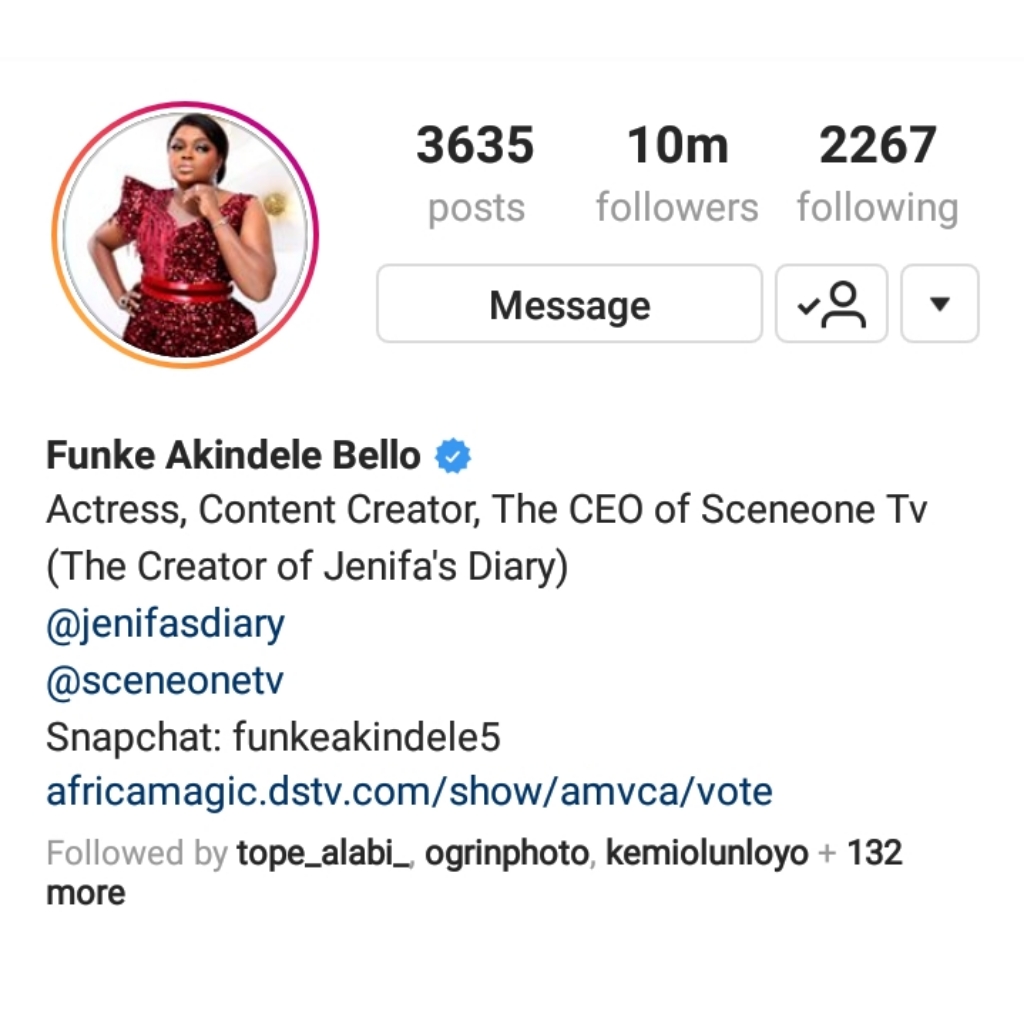 Also, the new feat makes her the second most followed Nigerian female personality