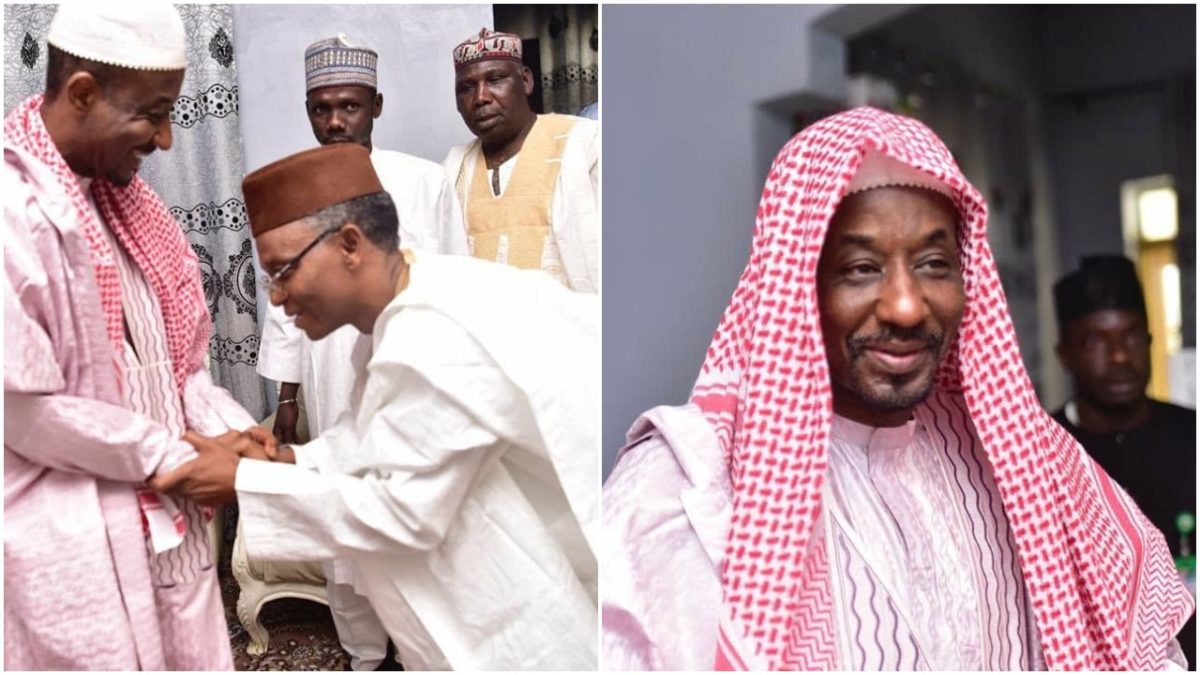 Sanusi Lamido II in a place where he has been banished in Nasarrawa state area of Nigeria.

the second was allowed his first high profile visitor to visit him,

dethroned emir after he sought an interim injunction.

Remember the how the former of Kano was dethroned and

banished from town by the executive governor of Kano state, Ganduje.

The new Emir of Kano empire was installed and crowned king

almost immediately after the former Emir was dethroned by the state government.

Due to the heavy security personnel there as always, the news

broadcasters and media  men were shut away from the place

The governor of Kaduna has also told the dethroned emir to

Olamide Is One Of The Dopest Rappers, If I Remove All His Pop Songs”–...

Johnson Olumide - May 12, 2020 0
In a recent interview with “Ori Covesations”, Rapper, M.I Abaga, who just recently released an album, spoke about the many issues bothering the music...

Bobrisky reveals he is finally getting married on Sunday

Violette - May 16, 2018 0
Popular Nigerian cross dresser, Bobrisky. has great news for his many fans. He announced on his favorite social media platform that he will be...

Violette - July 6, 2021 0
Popular Nollywood movie producer and director, Yomi Fabiyi has been called out by some of his colleagues in the industry over his just-released movie...