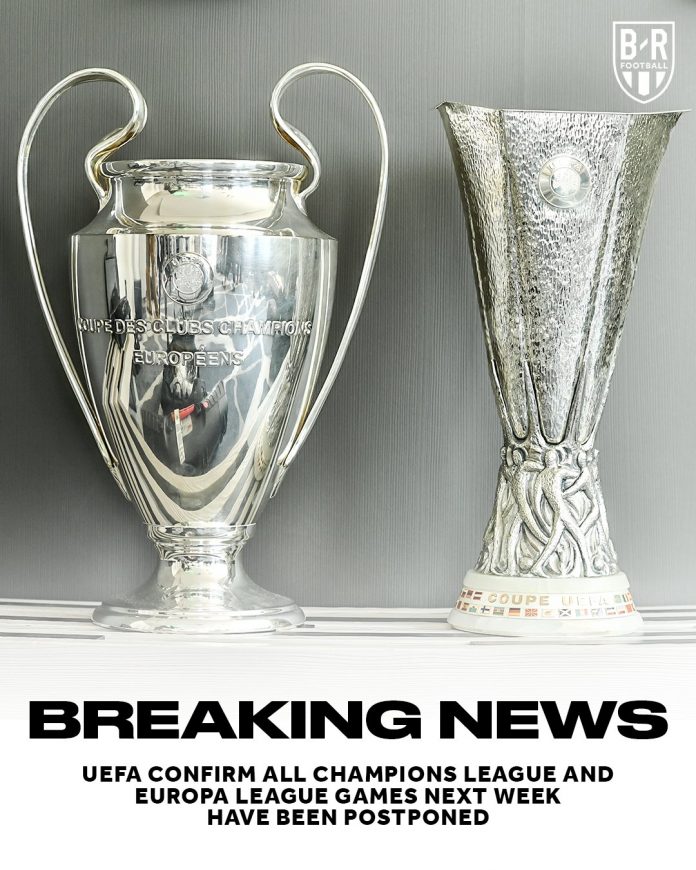 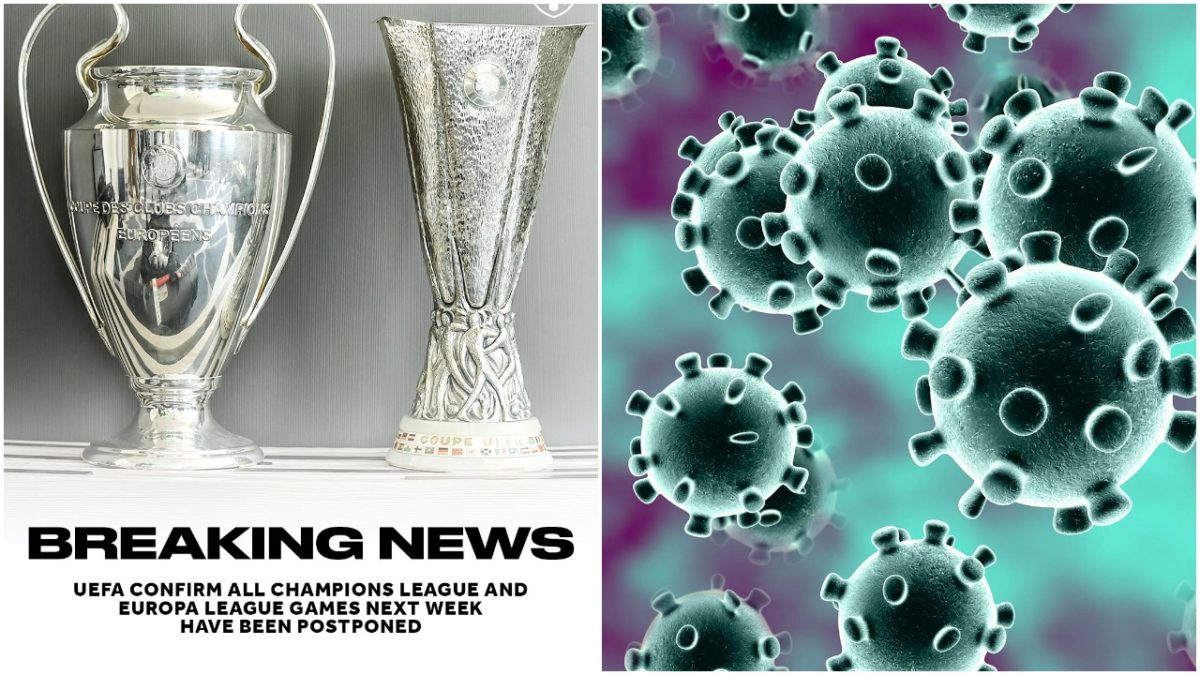 Coronavirus has made UEFA to cancel Champions League and Europa league

European football’s governing body, UEFA are considering how to proceed

in the midst of the health crisis, and suspending all matches seems

a suitable solution for the football lovers and fans.

On Monday, you could remember that the Champions League

match between Paris Saint- Germain and Borussia Dortmund was confirmed

to be played with no spectators at the  stadium.

Also, Barcelona followed the same thing by announcing their

own round-of-16 match, at  home against Napoli, will take place at

an empty Camp Nou at no spectators on the pitch.

and be player including the second legs of matches including Manchester United,

Chelsea fans are somewhat happy about this because they stayed

much longer before they are eliminated and also, the defending Champions,

Liverpool football club have been

eliminated in the competition.

next week are postponed.”

“This includes the remaining UEFA Champions League, Round of 16 second leg matches

“Further decisions on when these matches take place

will be communicated in due course.”

“As a consequence of the postponements, the UEFA Champions League

together with the  boards of the European Club Association

and the European Leagues and a representative of FIFPro,

to a video conference meeting on Tuesday 17 March to