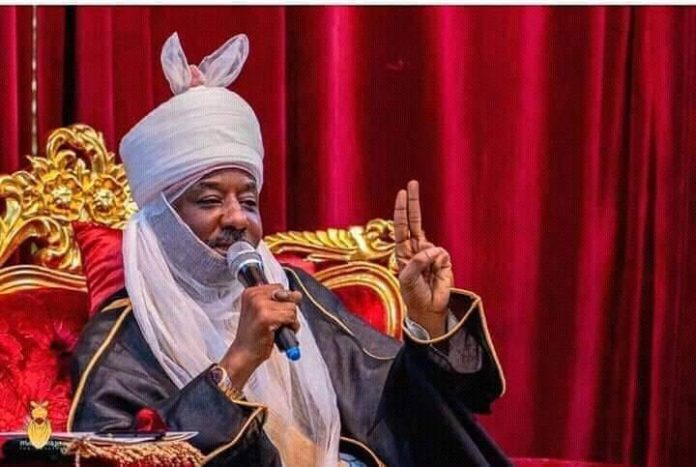 The Emir of Kano in Nigeria, Sanusi Lamido II, has been dethroned. The state government 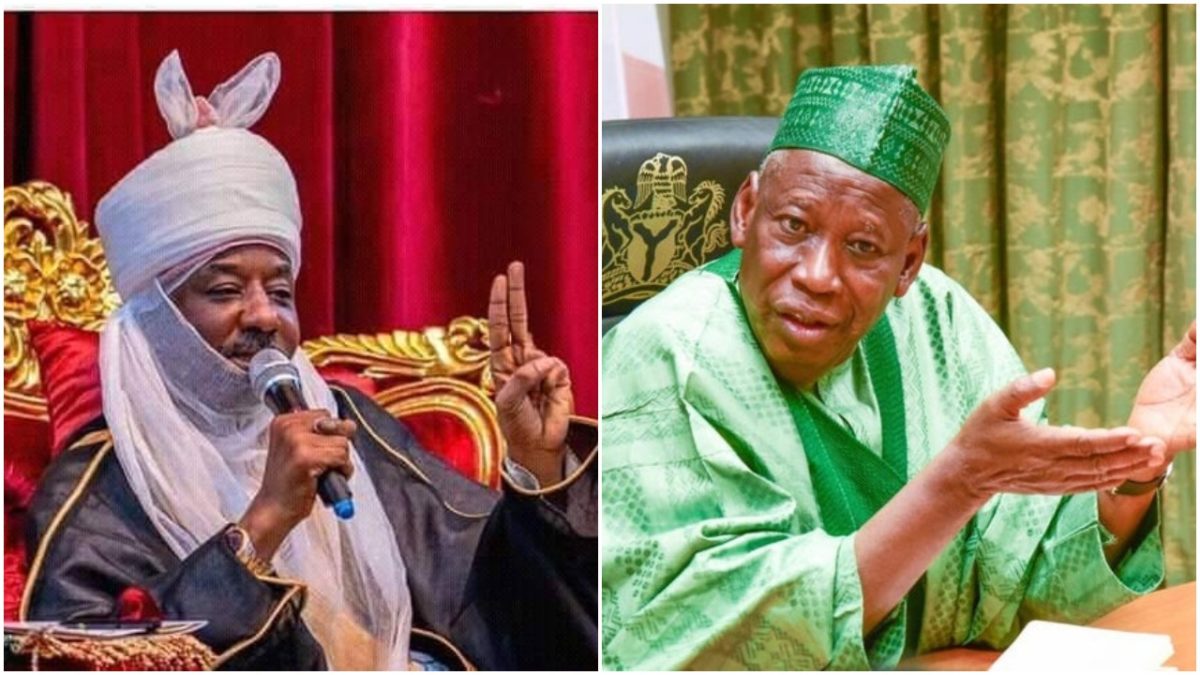 The decision is aimed at “safeguarding the sanctity, culture, religion & prestige of the Kano

We all know the person of Emir Sanusi as his engagement for change and reforms.

This is unfortunate to start with, Sanusi Lamido was once the Central Bank of Nigeria’s

When he was enthroned as the Emir of Kano, he exposes the weaknesses and corruption of

the Northern elites, injustice and negligence, yet he was dethroned by a Governor they

Many people have raised opinions about the situation of dethroning the Emir of Kano,

At first, the issue of the letter being rewritten was without letterhead which

brought a lot of disappointments in the hearts of Nigerians.

Also, many people believe history repeats itself. In 1963, Emir Sir Muhammadu Sanusi I

was dethroned as a result of the power struggle between him and Ahmadu Bello. 57 years  later, his son Emir Sanusi Mohammed Sanusi II is dethroned by Governor Ganduje. 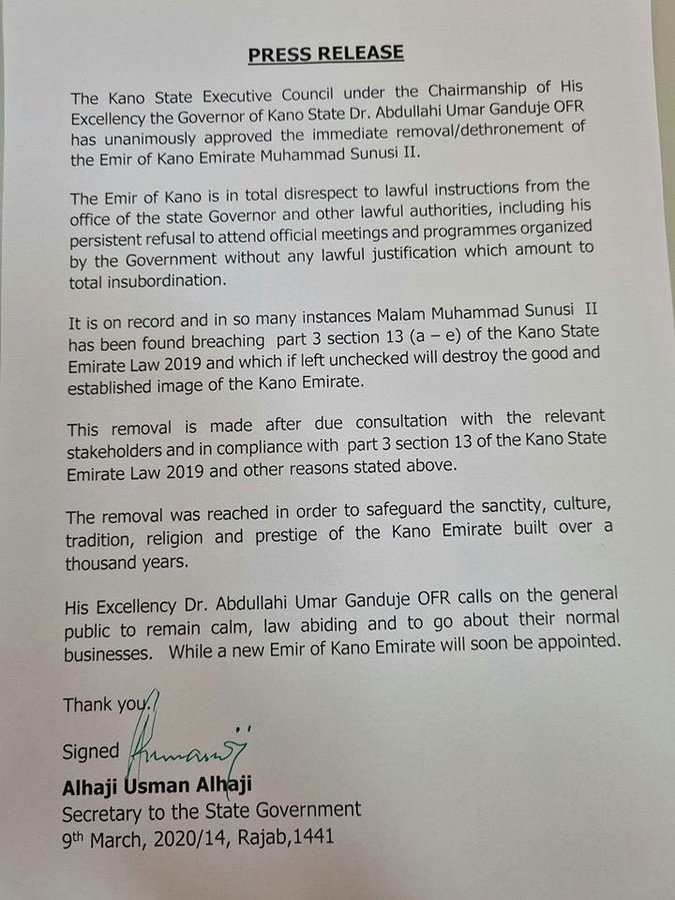 reached in order to safeguard the sanity, culture, tradition, religion and prestige of the

Kano Emirate built by their leaders’ thousands of years ago.

The Governor of Kano state urges the general public and entire populace to remain calm,

collected, law-abiding and go about their normal business while they wait for another

coronation and appointment of a new Emir of Kano Emirate.

Johnson Olumide - April 25, 2018 0
Big Brother Naija finalist,Tobi’s love life has not been clear . He had previously mentioned Regina, a lawyer and fitness enthusiast  during a discussion with...

Violette - July 1, 2020 0
Seyi Shay who is a singer, backup vocalist and a celebrity is now showing off her beauty in new photos. Her real name which goes...

My pastor said prayers are more efficient when you go naked – Sex therapist,...

Johnson Olumide - March 18, 2021 0
Nigerian female singer, Tiwa Savage has been absent from social media for over 3 weeks now and from the latest rumours making the rounds,...