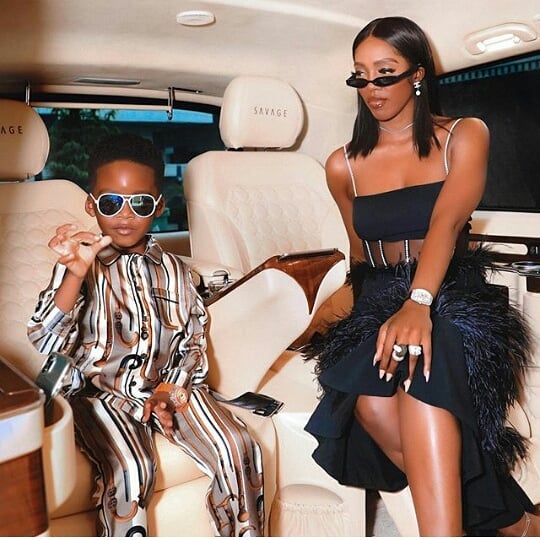 Talented afrobeat goddess, Tiwa Savage has acquired a customized million naira diamond necklace for her son Jamil as he celebrates his birthday today. 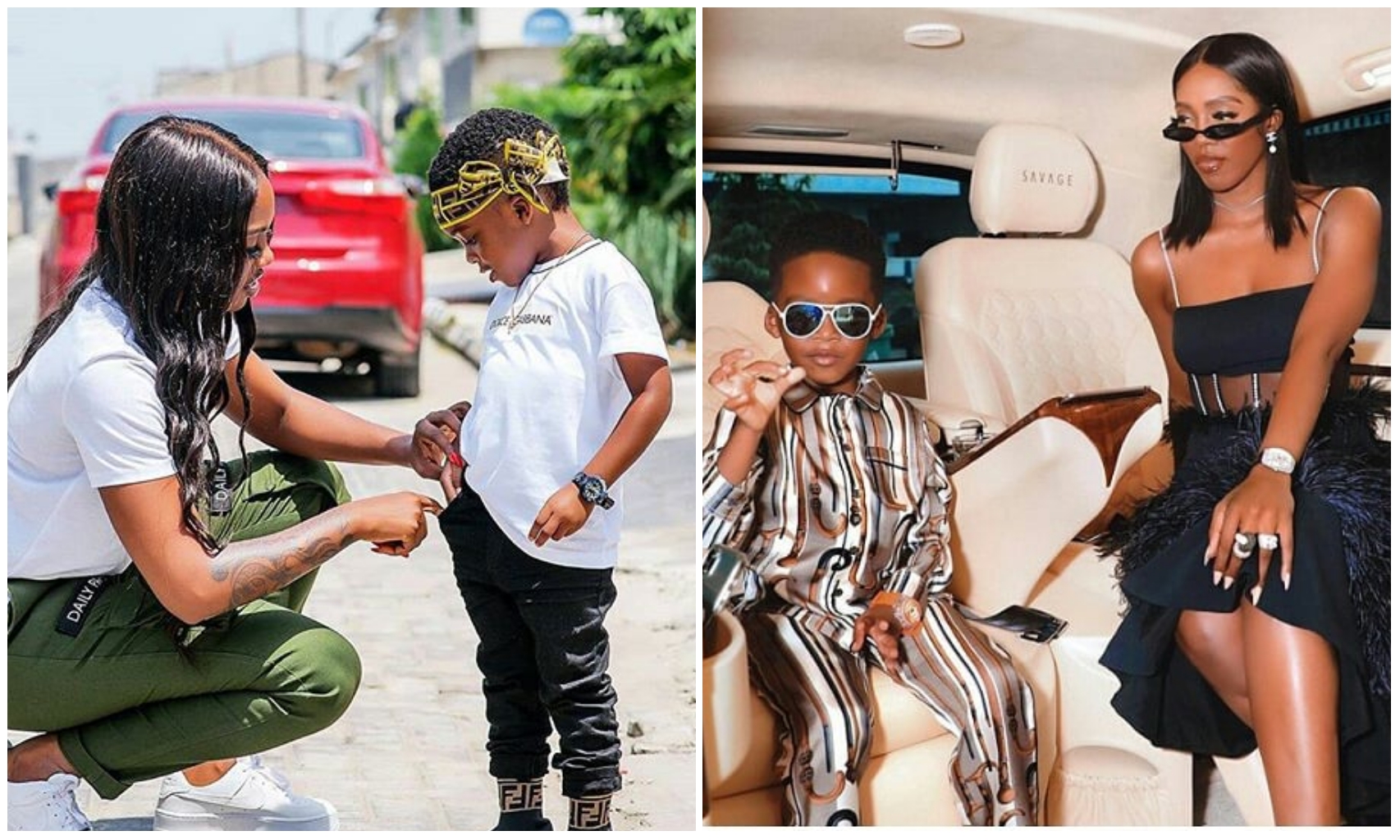 Tunji Ibrahim Balogun, popularly known as Teebillz before they both went their

relationship, their son have been having the best upbringing he would have hoped for.

Jamil celebrates his 5th birthday today, Wednesday July 22 and his mother has

already acquired all the necessary gifts needed to make her son happy.

Among the gifts, she bought to surprise her son is a customized million naira diamond necklace.

for her precious son whom she has not been shy of flaunting on social media.

Sharing the video of the necklace on her instastory, she wrote;

“My baby’s drip for tomorrow #Jamil5”

has been consistent in dishing out hit track and albums.

in Africa as fans hope she release the new masterpiece as soon as possible.

All eyes will be on Tee Billz and how he will celebrate Jamil on his fifth birthday as hesh also known for gushing about how much he love and adore him.