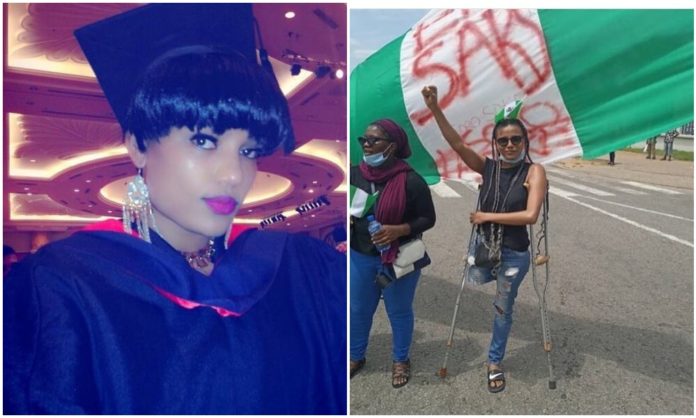 Nigerian youths have continued to defy all odds by showing how dedicated they are towards ensuring a new Nigeria as they get EndSars protester Jane Obiene a prosthetic leg as well as one million naira. 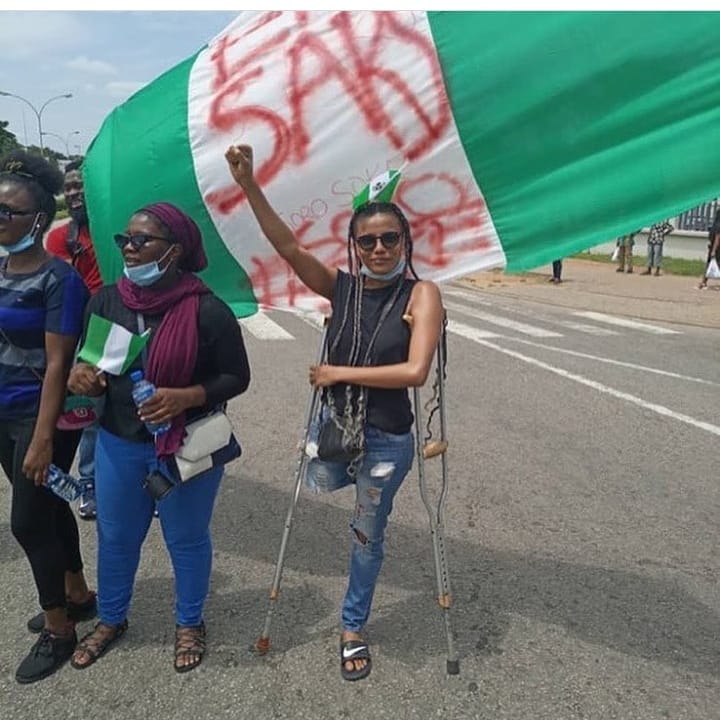 a torn in the flesh of citizens, especially youths.

However, the peaceful protest led to bloodshed on the 20th of October when some peaceful

protesters were killed at the famous lekki tollgate by suspected military men.

With the mystery behind the killings yet to unravel, youths have continued to celebrate and

help some of the less privileged that caught the eyes during the protest.

Nigerian youths with her never die altitude despite having one leg.

Her protest picture went viral on social media, and Nigerian youths decided to help her

by getting her a prosthetic leg to help her walk faster.

This has now been achieved as she has been gotten the leg and cash of one million naira that will be used in starting a business for her.

See video of Jane walking with the prosthetic leg below:

Violette - July 8, 2019 0
In a recent post shared on Instagram, she shared a sultry photo of herself from 11 years ago and stated that she has always...

Photos of Ramsey Noah,Ibinabo Fiberesima, Rita Dominic & others at the movie premiere of...

Johnson Olumide - November 8, 2016 0
The Movie '76' premiered last Thursday in Lagos at the Cinemas and it was star studded as Nollywood Celebrities such as Ramsey Noah,Ibinabo Fiberesima, Rita Dominic &...

Johnson Olumide - October 6, 2017 0
After attending a church service together on Wednesday, the rumored lovebirds reportedly headed to Chateau Marmont in Hollywood for an 'intimate, private date.'   One less...