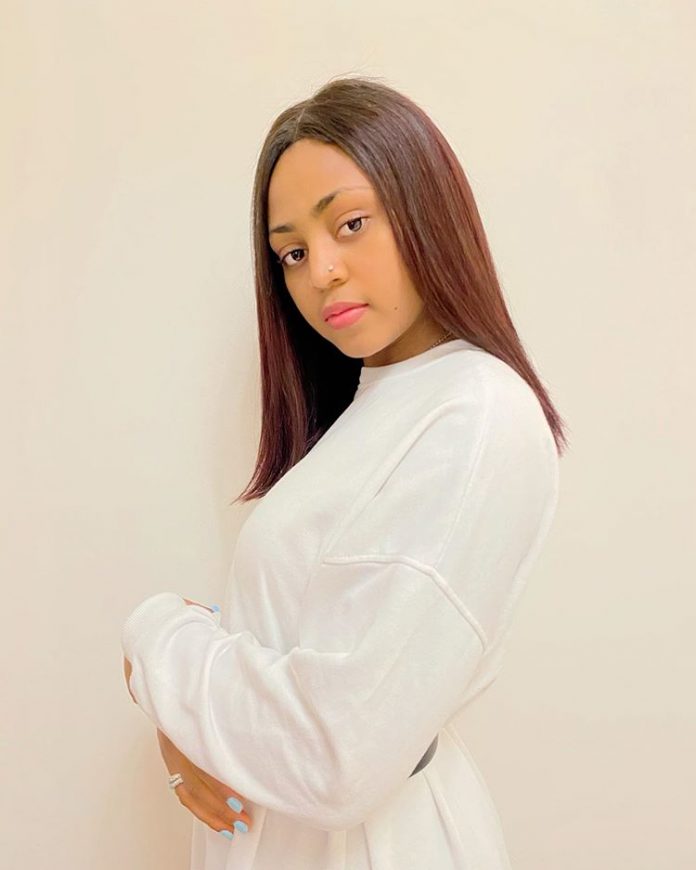 Nollywood actress Regina Daniels has given her billionaire husband, Ned Nwoko, the green light needed to take in another wife. 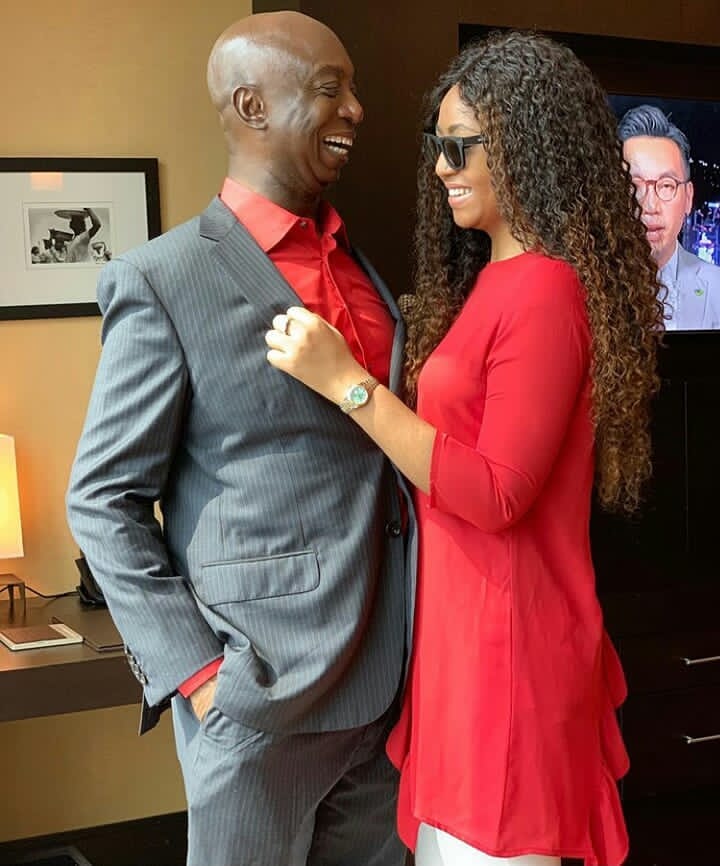 Ned Nwoko, who is married to six wives from different countries and races, made headlines

still take in another wife, and there’s absolutely nothing the forever sixteen actresses can do about it.

most preferred amidst the billionaire six wives.

Regina Daniels has broken silence on the issue, and it’s one her fans and followers will be

READ ALSO
I’m a child that has a child – Mother of one, Regina Daniels says (Video)

skeptical about as she permits her husband to get another wife if he wants to.

husband, and that’s what matters as the love and care he has been showing her is much

more than younger men can offer her.

She then added that her billionaire husband can still marry more wives if he wants to as there is no problem being a senior to a new wife.

See her message below: 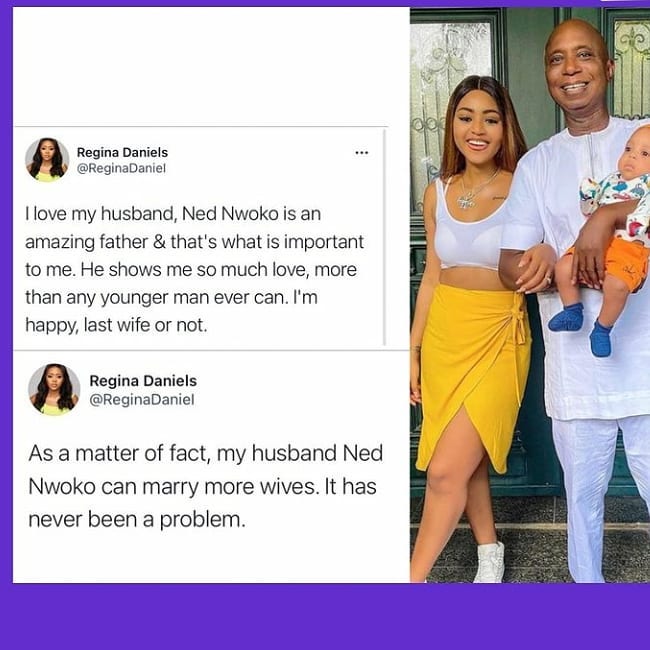 Both adorable couple have an adorable son together, Munir Nwoko, whom they welcomed some months ago and they’ve ensured that he’s being showered with love and affection.

Johnson Olumide - March 21, 2019 0
Veteran Nollywood actress, Kate Henshaw has read the riot act to “unruly” characters, who hide behind their keypads to spew disrespect. According to the ageless entertainer, she...

Violette - March 14, 2020 0
Nigerian celebrity, Toyin Lawani opens up on being a Lesbian and her Gambian friend, Princess Shyngle is her partner. Firstly, this is not the first...

Johnson Olumide - January 30, 2019 0
The Court of Appeal has struck out the motion filed by Justice Walter Onneghen seeking for stay of proceedings of his trial at the...

Violette - June 9, 2018 2
Chinese Super League club Guangzhou Evergrande have confirmed the loan signing of Anderson Talisca from Benfica. The 24-year-old playmaker joined Benfica in 2014, but despite...