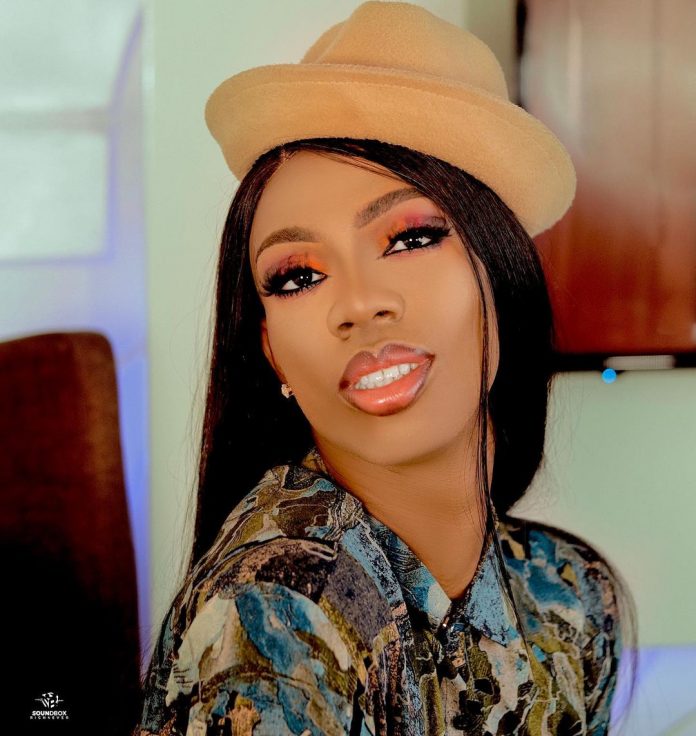 James Brown Obialor popularly known as “They Didn’t Caught Me” (born February 21, 1999), has been able to make a name for himself in the entertainment industry. James rose to the spotlight when he was arrested with 57 alleged gays, and homosexuals at a Lagos hotel in 2018.

He became a social media sensation when he was granted a video interview during the police parade as he got the nickname “They Didn’t caught me”.

The controversial cross-dresser has been able to compete with other crossdressers by featuring in some Nollywood movies, he is also set to be featured in a documentary produced by the American pay television network, HBO.

In March 2021, James released his first song titled  ‘Hey Durlings’, He has continued his pursuit of greatness as he has been giving fans details about his plans of featuring in more movies.

Often regarded as one of the most controversial personalities in the entertainment industry, James has been caught up in many dramatic scenes.

The drama between Bobrisky and his Protege never seem to end and just last week took their beef on social media to another level.

The drama started when James called out Bobrisky as he noted that his senior in the cross-dressing business is threatening and planning to kill him.

According to him, Bobrisky is accusing him of stealing his contents.

However, Bobrisky replied by sharing a conversation between himself and James as he threatened to send him to jail.

James who was not scared of whatever will happen fired back at his senior colleague by insisting that jail is not what he should be threatened with.

One of the controversies he has been involved in was when he claimed he was HIV positive when he was arrested alongside some homosexuals in 2018, according to him, his mother gave him HIV during childbirth.

However, he eventually confessed that he lied about his HIV status as he noted that he was trying to save himself from the police.

James during his arrest in 2018, denied being gay as he insisted that he was a dancer who had gone to the club to showcase his talents.

In March 2021, James took to his social media page to reveal that he has been able to reunite with his sister grace after 5 years of being separated, he also shared a photo of him and grace together.

James brown Nigeria is currently one of the richest and the most influential crossdressers in Nigeria, with an estimated net worth of $50,000 dollars, based on the rate of endorsement deals, he’s been bagging for the past few years.

what is james brown’s net worth?

James brown Nigeria is currently one of the richest and the most influential crossdressers in Nigeria, with an estimated net worth of $50,000 dollars

Which state is James Brown crossdresser from?

how old is james brown nigeria?