Home Entertainment Ka3na respond to Tochi’s dig, claims he will not talk trash in... 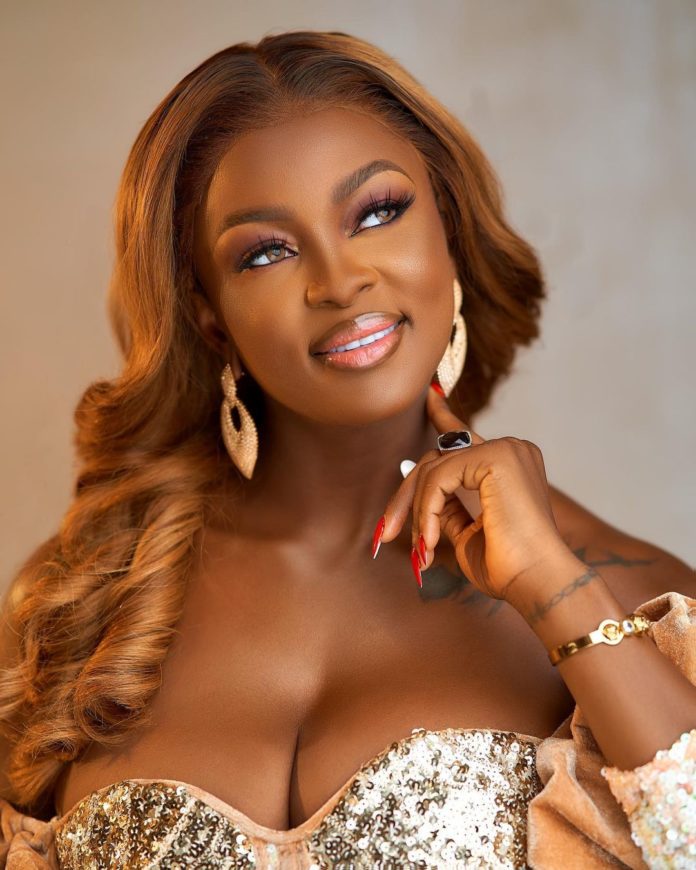 The war of words between former Big Brother Naija housemates Tochi and Ka3na has continued as they join the list of reality stars to shade themselves. 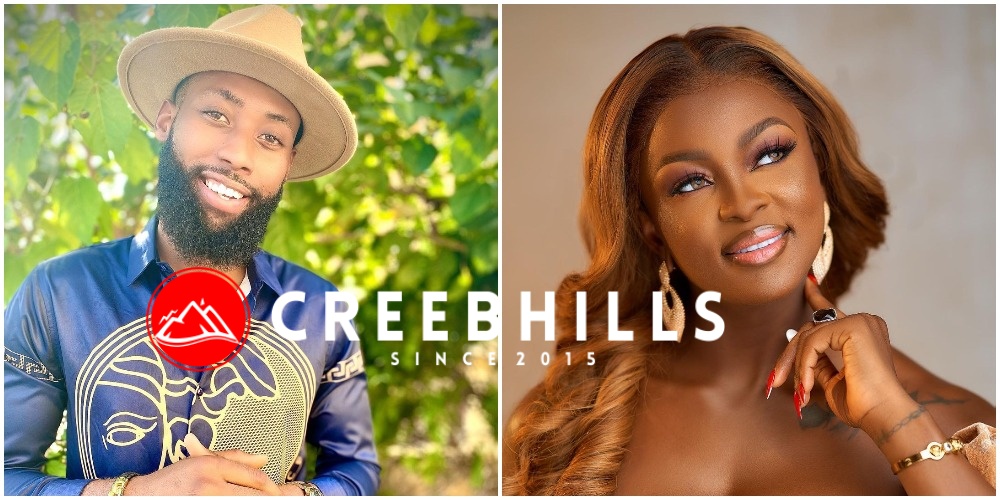 It would be recalled that Tochi made the headlines some hours ago when he had an Instagram question and answer segment with fans.

Tochi during the conversation with fans was asked about his relationship with Ka3na, however, he denies knowing his colleague at the biggest reality show in Africa.

With Ka3na known for not having time for such drama on social media, the beautiful mother of one has replied to him in a way no one would have expected.

Ka3na some hours ago took to her official Twitter account to reply to Tochi and she noted that he will never talk trash in her face.

The beautiful screen diva noted that she remains the lady who fed Tochi’s two left legs at the Big Brother Naija season show.

“KA3NA” IS SHE WHO FED YOUR TWO LEFT LEGS IN BBN HOUSE (Remember Now) OH! WHO YOU COULD NEVER TALK TRASH IN HER FACE… RESPECT THEY SAY IS RECIPROCAL! 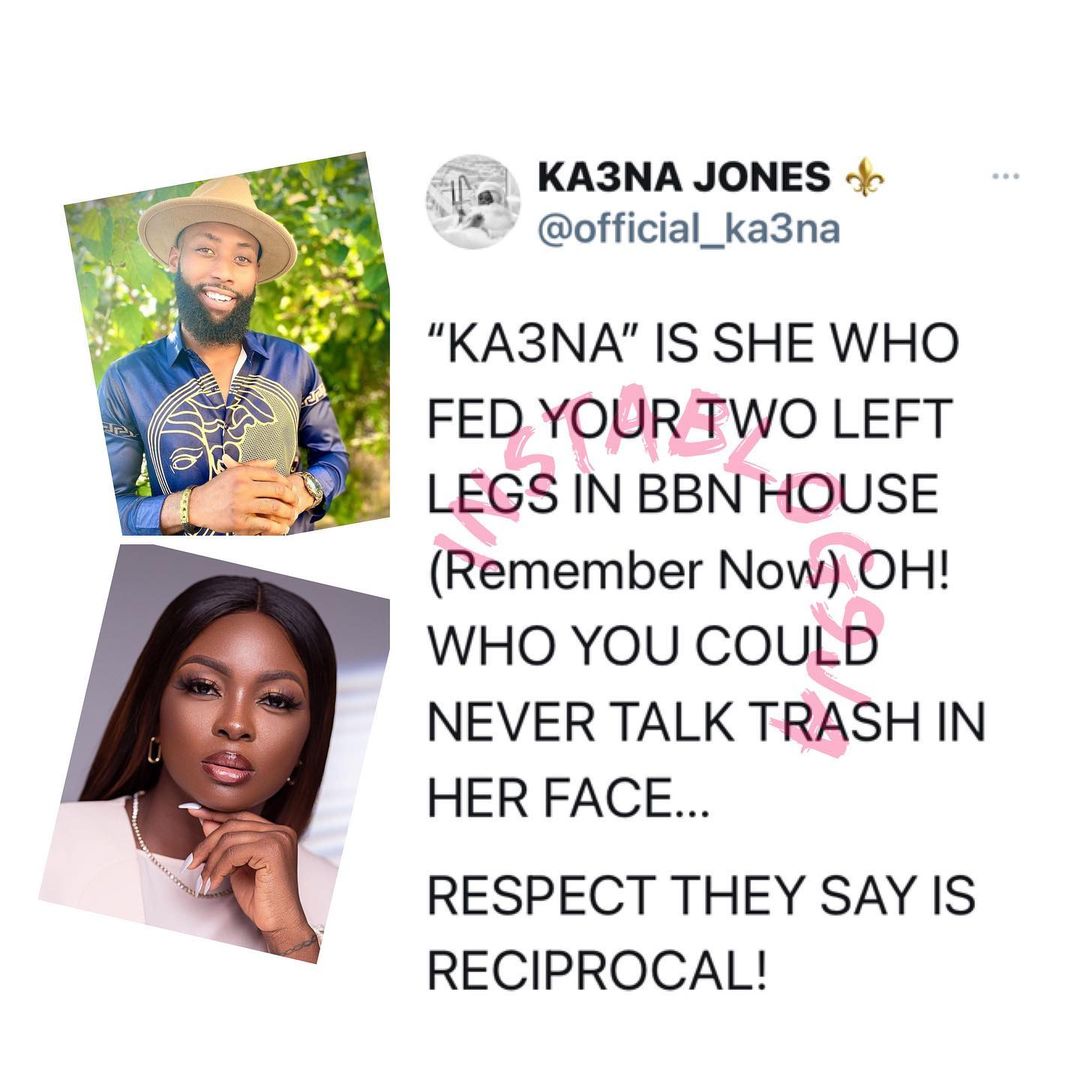 It’s left to see if Tochi will once again reply to Ka3na for her latest comment as Big Brother Naija are known for not backing down to any dramatic scenes.