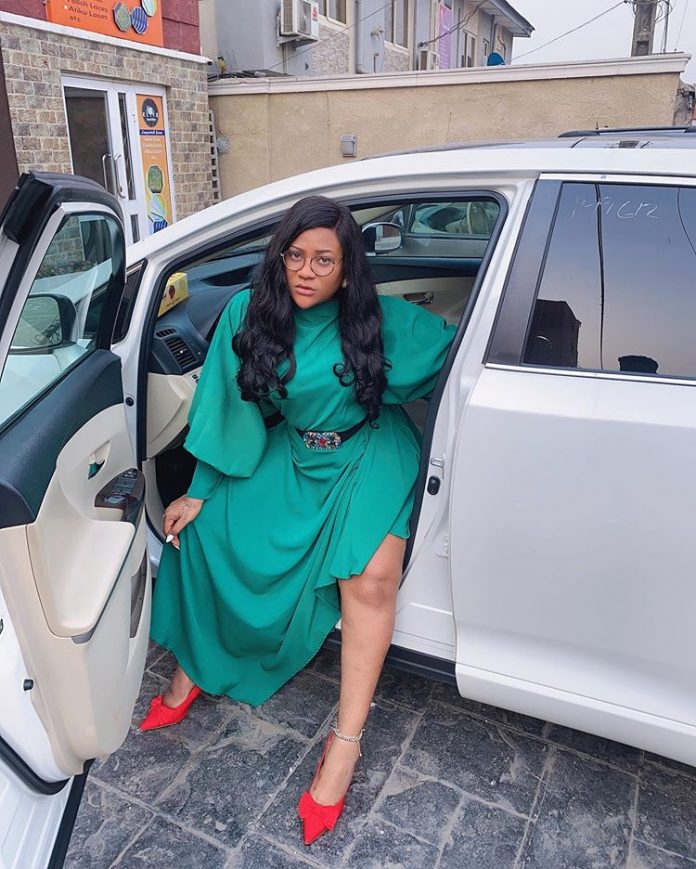 As I would be explaining in detail her net worth, Biography, personal life, relationships, movies, and acting career.

She grew up with her siblings, Jennifer and now her late brother who died in 2017 at the cold hands of death.

She attended her primary education at Olu Abiodun Nursery and Primary school, Lagos, while for her secondary school, she attended Barachel Model College, Lagos.

She is also a graduate of Theatre Arts from the Prestigious University of Lagos.

Nkechi might be just 33 years old but she has done a lot for a career in the entertainment industry.

She is an actress, Producer, brand Influencer, Ambassador, and lastly a movie Director.

Her first Major shot at acting came in the movie, Omo Bewaji, which was shot and directed by Kemi Korede in 2008.

Since then she has gone on to feature in many more blockbuster Yoruba movies, some of which she produced and directed herself.

The controversial actress’s life has always and will continue to come under public scrutiny as long as she is a celebrity. Over the last 5 years, Nkechi has been involved or rumored to be dating a couple of famous male celebrities in Nigeria.

Who is Nkechi Blessing Boyfriend?

The 32-year-old Yoruba actress has been in an on-and-off relationship with another Yoruba actor, Mike Adeyemi who is based in the United States of America.

Who is Nkechi Blessing’s Husband?

Nkechi blessing secretly got married to her now-husband Opeyemi Falegan, who is based in the United States of America. she shared a photo of him on social media to celebrate his birthday.

Does Nkechi Blessing have a child?

Nollywood actress, Nkechi Blessing celebrates her son’s birthday with a heartfelt message that showed how much she loves him.

Nkechi who is popularly known for flaunting her adorable son, Elijah Novah Success on social media is not taking his birthday lightly as she took to her Instagram page to gush about the love she has for him.

The Yoruba controversial actress has a sister called Jennifer Ijeoma Sunday, a light-skinned aspiring model and brand influencer who recently did a topless photoshoot.

Apart from Her, she also once had a brother who is now late, he died in June 2017, and the cause of his death is still unknown.

While nothing much is known about Nkechi’s dad, her mum Gloria Sunday is her favorite person.

Having been in the Nollywood Yoruba Movie industry for close to 6 years, Nkechi has been either the star actress or supporting actress in the movies such as:

As a producer, Nkechi Blessing has produced the following movies;

Controversial Yoruba actress, Nkechi Blessing is currently one of the richest and most influential actresses in Nigeria, with an estimated net worth of $300,000 dollars, making her one of the top 20 richest Yoruba actresses in 2022. Nkechi’s major source of wealth comes from her sold-out Yoruba movies, endorsement deals, real estate investment, and numerous Fashion and beauty businesses under her control.

How old is nkechi blessing?

The sultry and voluptuous actress is 33 years old as of the time of writing this article.

Who is Nkechi Blessing’s Baby Father?

The identity of her only son, baby daddy is yet to be of public knowledge, but there have been rumors that her current on and off boyfriend Mike Adeyemi might be the father of her one-year-old son Elijah.

What State is Nkechi Blessing from?

Nkechi hails from Abia State, the southeast region of Nigeria.