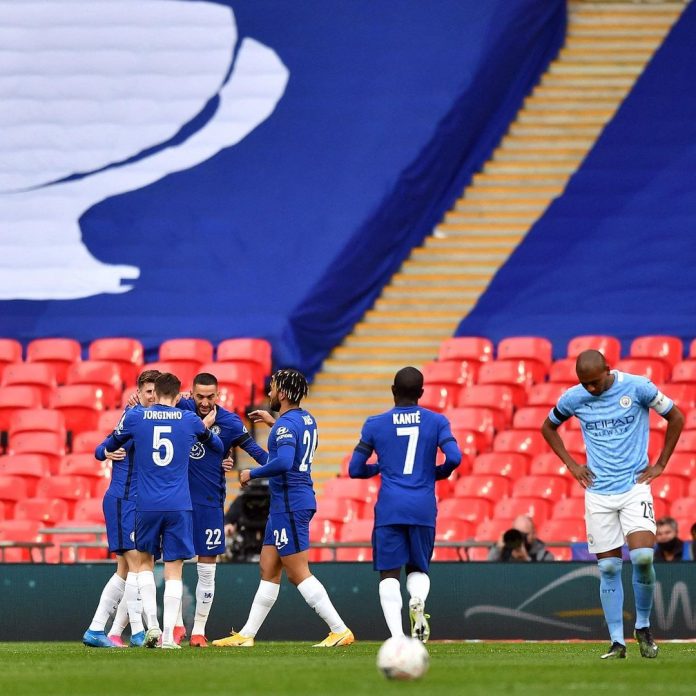 Chelsea put in an impressive performance to dash any hope of Manchester City winning the quadruple by reaching the FA Cup final.

Manchester City under Pep Guardiola has become one of the most consistent teams in Europe. The citizens are sitting comfortably on top of the premier league.

They also have a Carabao Cup final with Tottenham Hotspur and have reached the Champions League semi-final where they’ll meet Paris Saint-Germain.

However, things didn’t go their way on Saturday when Thomas Tuchel’s Chelsea put in a solid display to win the match one-nil.

Hakim Ziyech broke the deadlock in the second half after slotting home a quick break initiated by Mason Mount and assisted by Timo Werner.

Victory for Chelsea means they will be facing either Leicester City or Southampton in the final as Tuchel hopes to win his first silverware at Stamford Bridge.

See highlight from the match below: