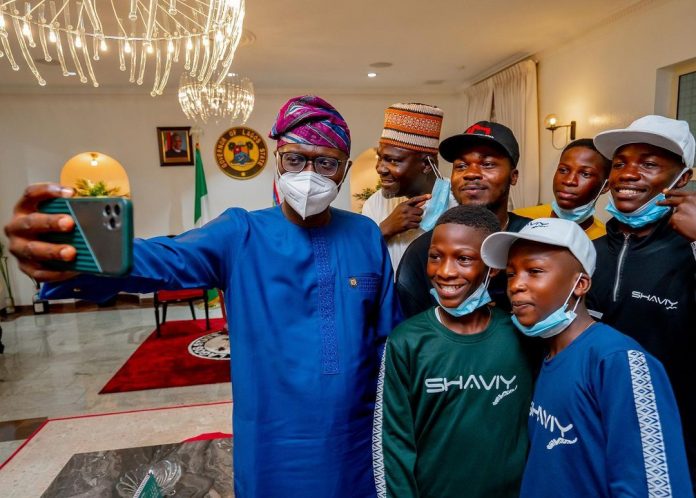 Lagos State Governor, Babajide Sanwo-Olu has nothing but words of praise for teen comedians, Ikorodu Bois, who payed him a courtesy visit at his office. 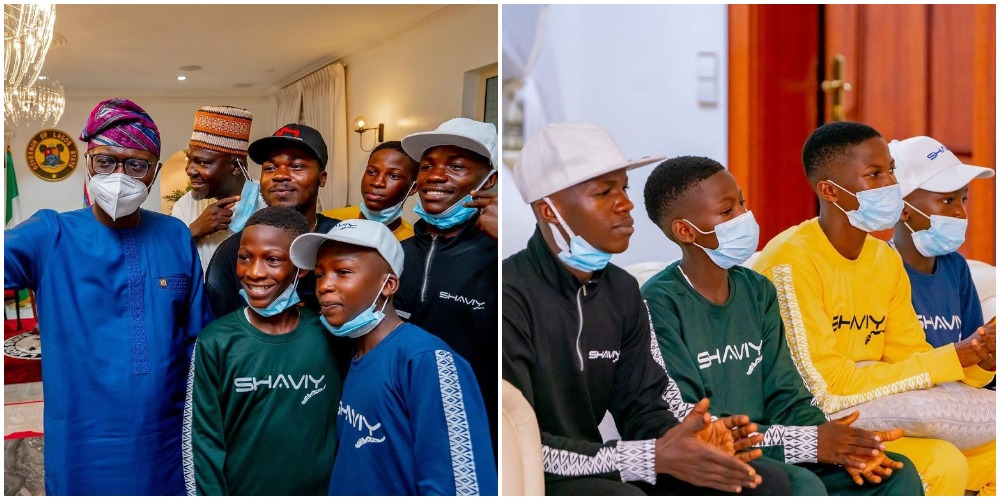 Ikorodu Bois has become one of the biggest brands in the entertainment industry with their impact felt across the globe.

They’ve been breaking barriers ever since they rose stardom and it was not surprising when they were spotted on a billboard in America courtesy of Netflix.

Ikorodu Bois finally had the opportunity of meeting the number one citizens of Lagos State at his office some hours ago and the governor was overwhelmed with joy. 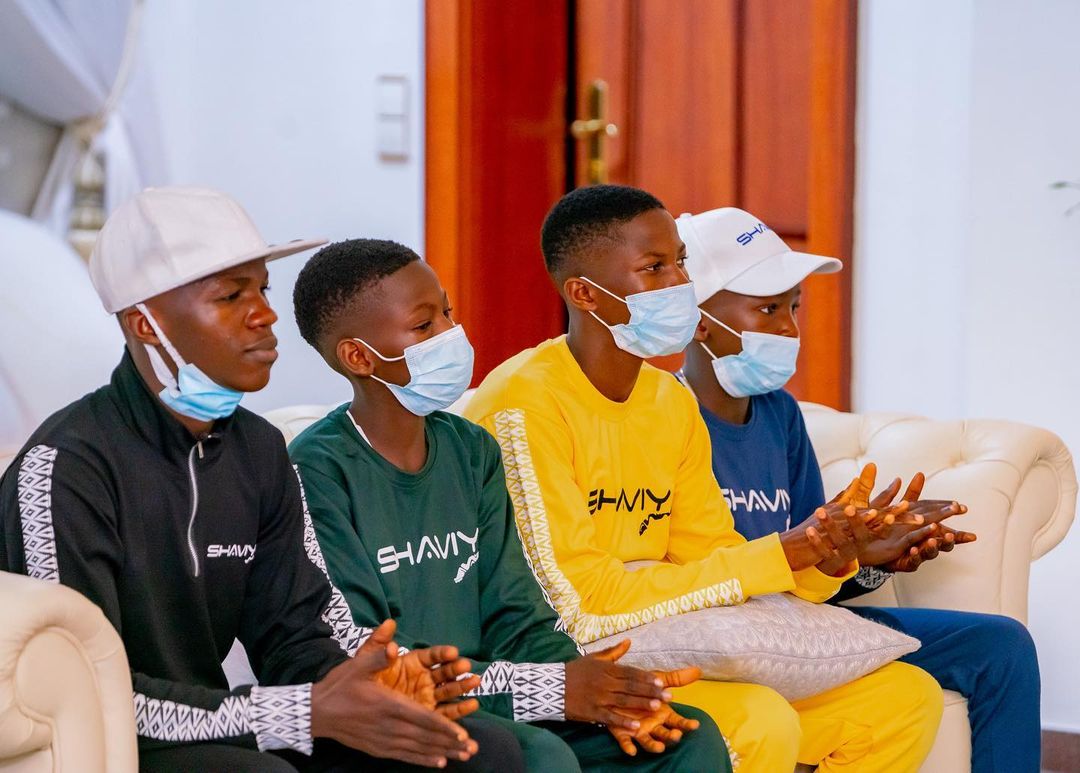 Sanwo-Olu while sharing details of the meeting on his official social media platforms expresses his utmost gratitude for the way Ikorodu Bois has been putting Lagos on the global entertainment market.

READ ALSO
BBNAIJA: Tacha Looks Gorgeous In New Video As She Invites The Whole Of Port Harcourt To Her Home Coming

Today, I welcomed the famed boys whose creativity has been nothing short of amazing.

Their extraordinary filmmaking talent, and ability to identify and recreate memorable scenes in movies has put them and Ikorodu on the global map of international platforms like Netflix, earned them a nomination at the Nickelodeon Kids Choice Awards and put their faces on billboards in Times Square, NY.

As a state, we are proud of them and I thank them for visiting me today.

So to @ikorodu_bois I say continue to soar, and keep making us proud.