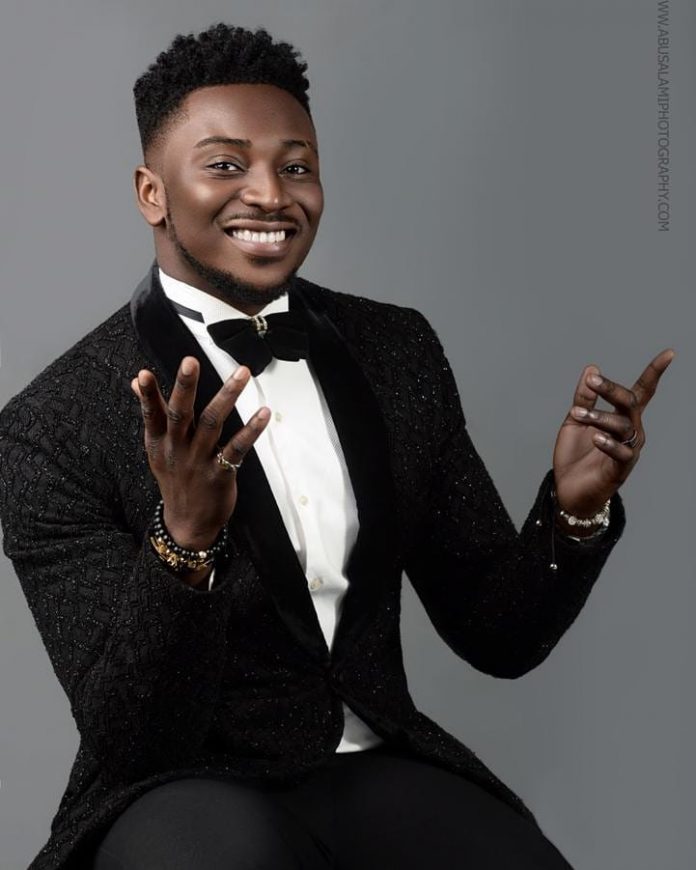 Former Big Brother Naija housemate, Sir Dee has lashed out at Nigerian celebrities over the way they are handling the trending rqpe case of popular actor Baba Ijesha.

Baba Ijesha has become the talk of the town ever since he was arrested for allegedly defiling a minor who was just 14-years-old.

Things took a dramatic turn some hours ago when CCTV footage of the moment Baba Ijesha molested the girl was released to the general public, (See Video Here).

Top personalities have continued to air their opinion on the issue, a move Sir Dee is not pleased with.

Sir Dee took to his official Twitter account to slam the celebrities who he believes have found a way to make the case about themselves.

According to the popular brand influencer, people should be more focused on getting the girl Baba Ijesha molested help rather than dragging themselves on social media.

Nigerians and misplaced priority, instead of our people to focus on getting the girl #babaijesha molested help, and making sure he pays for what he has done, our celebrities have found a way to make it about themselves, coming after each other like children. #shameonyou 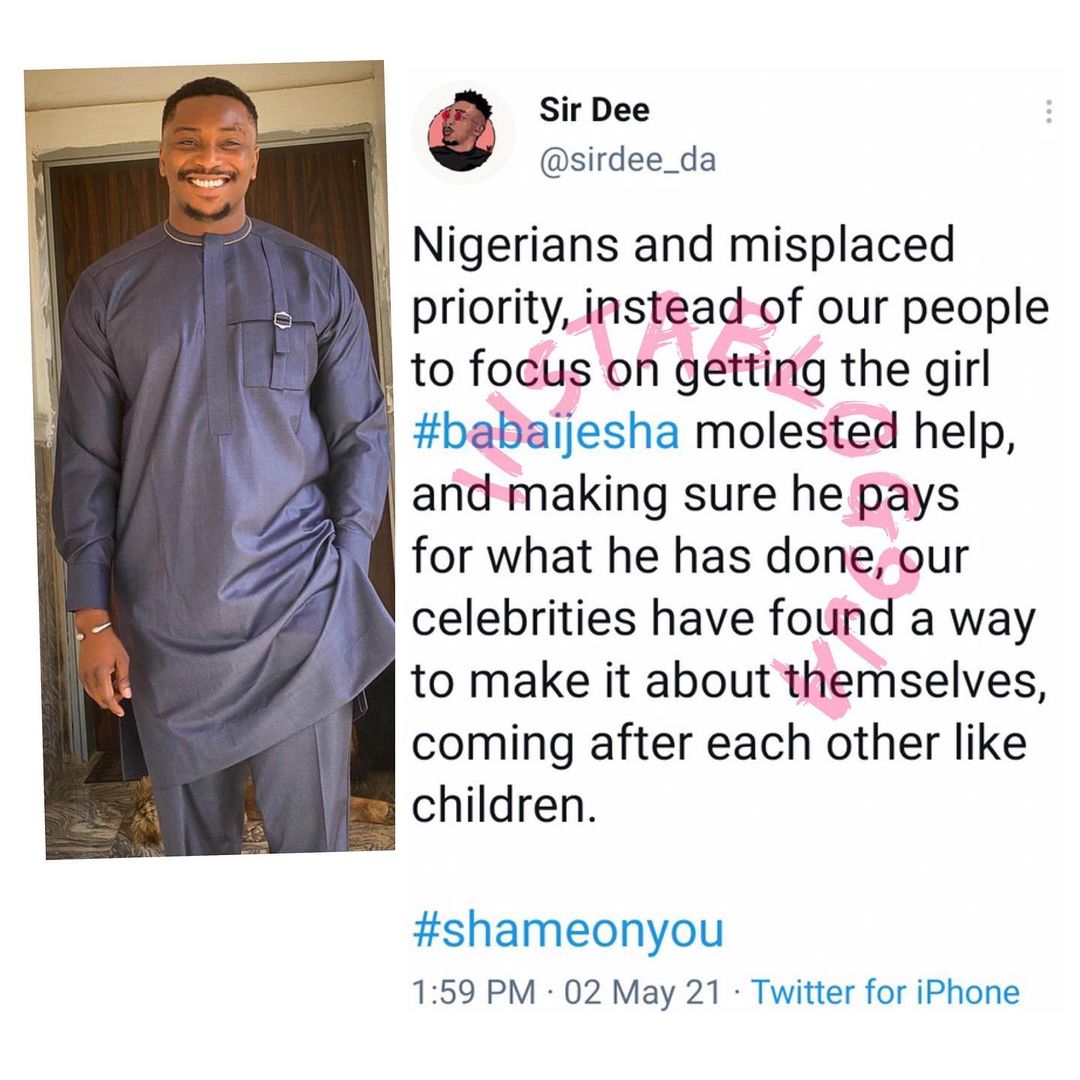