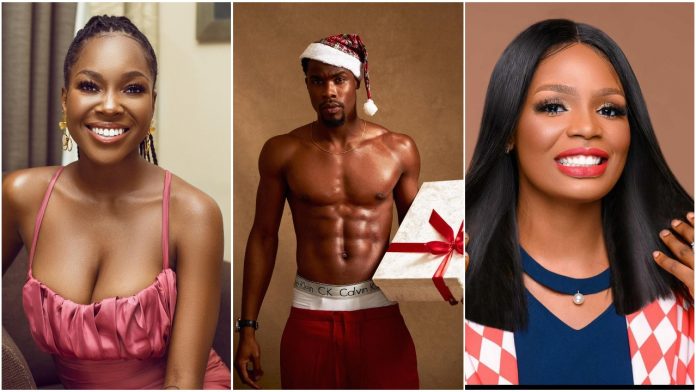 The BBnaija Reunion Show episode 5 hired last night and it was majorly about different love/relationship triangles that happened while the reality show was on.

On the Vee-Neo-Kaisha Love triangle, Kaisha revealed that Neo told her he liked her and that if not that he was already with Vee, he would have picked her.

Meanwhile, as Kaisha made this revelation, Neo seems to be experiencing a lot of memory loss, as he kept asking when did he say any of those things.

Kaisha also revealed that Neo had an erection while dancing with her at one of the Saturday night parties and also kissed her on the forehead, her statement caught Vee by surprise judging by her facial reactions.