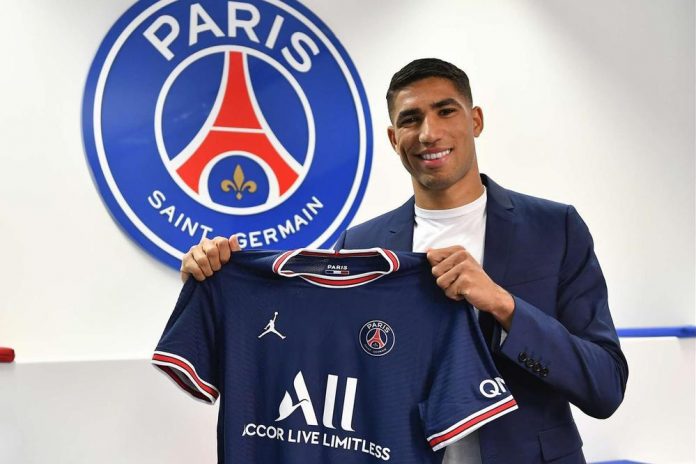 The Madrid-born Hakimi came through Real Madrid’s youth academy then played for the Spanish club before being sent on loan for two seasons to Borussia Dortmund.

Hakimi joined Inter Milan in 2020, tallying seven goals and 10 assists to help the team win the Serie A title.

He started his international career in 2016 and played at the 2018 World Cup.

“After Spain, Germany and Italy, Paris Saint-Germain offers me the chance to discover a new championship with one of the most prestigious clubs in the world.

“I can’t wait to meet my new team-mates, the fans and experience the incredible colour and passion inside the Parc des Princes.

“I share the same big ambitions as the coaching staff and my teammates and will do everything I can to deliver what is expected of me.”

Inter Milan’s CEO Giuseppe Marotta explained that the club’s dire financial situation meant they had no choice but to sell him.

He told Sky Italia: “Obviously, this is a painful moment for us, but I am an administrator who must guarantee the economic sustainability of the club during a difficult time for the world of football in general.