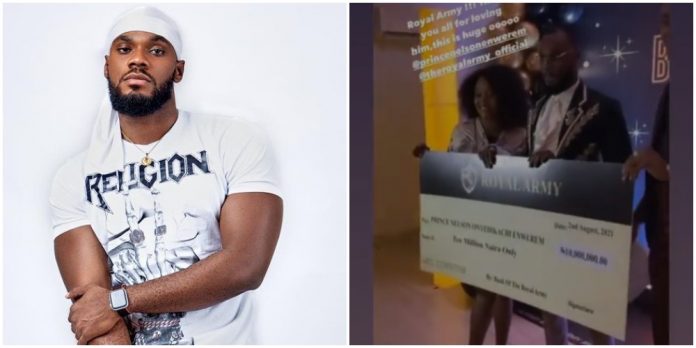 It was indeed a memorable 25th birthday for Big Brother Naija star Prince Nelson Enwerem who was blessed with a whopping sum of ten million naira by his fans and lovers. 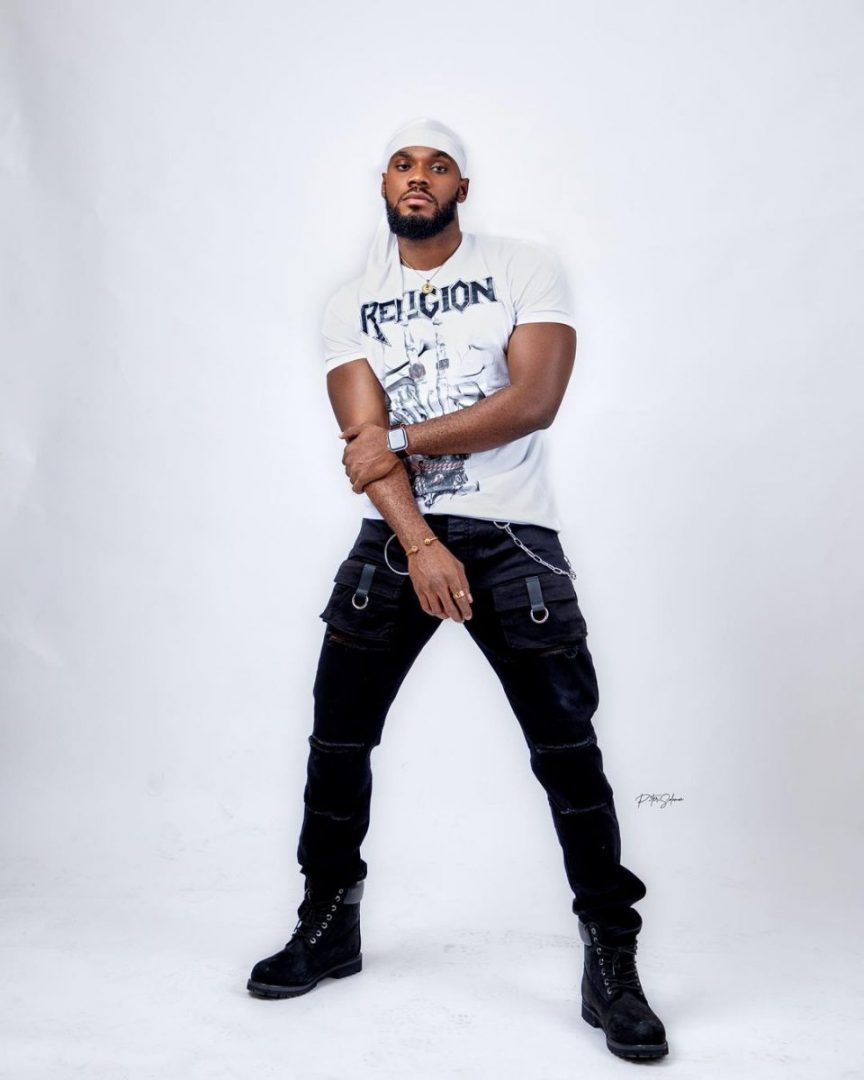 Prince who rose to stardom after making an appearance at the fifth edition of BBNaija reality show clocked 25 yesterday, August 2.

The popular brand influencer ensured that the new age was celebrated in grand style as he shared adorable pictures on his timeline to celebrate the new milestone.

Fans and top personalities in all walks of life also joined him in the celebration as they shared his pictures on their respective timeline, captioning them with some inspiring messages.

However, Prince’s birthday was made more memorable when fans gifted him a cheque of ten million naira during the dinner party hosted to celebrate the new age.

His fan base who are popularly known as the Royal Army decided to put a smile on Prince’s face as he couldn’t believe the kind gesture.

Prince was gifted the money just days after he was gifted a house by his fans ahead of the birthday.

See moment he was given the cheque below:

Still on BBNaija, housemate at the ongoing season six of the reality show gave fans a tip of what they subscribed for when they played the truth and dare game.

Pere caught the eye of fans when he displayed his favourite sex styles on Maria who seems prepared for such a move. (Watch Video Here).