Home Entertainment BBNaija #BBNaija: “I fainted on the 8th round during a s3x romp” –... 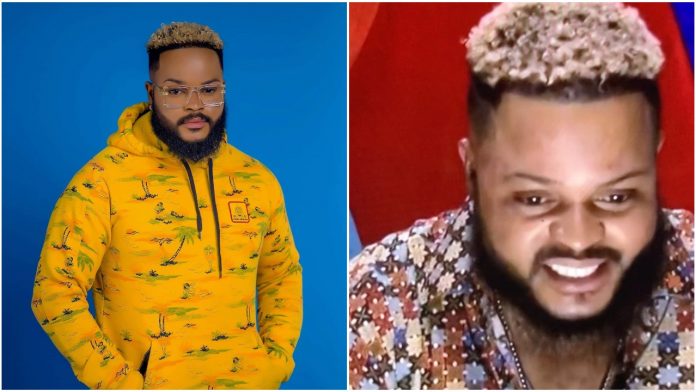 Whitemoney made this known on Sunday afternoon as housemates prepare themselves for another intense and entertaining live eviction show.

With Whitemoney known for his talent in the saloon, the young entertainer continued his duty by giving housemates a nice haircut.

During the course of doing this, Whitemoney joined his colleagues in speaking about their time at the reality show as well as their private life.

Sharing with his colleagues a sexual experience he had in the past, Whitemoney stated that his girlfriend called the attention of his family after he fainted.

According to Whitemoney, he had to be treated by their family doctor after he passed out.

See video of Whitemoney speaking below:

In related news, multi-talented singer and songwriter, Teni has sent a strong message to her suitors who are yet to approach her.

Teni in the past few days has been sharing updates about her private life and she’s not relenting till she gets the desired result.

The talented singer via a post on her Instagram story asked her suitors what’s delaying them from asking her out as she revealed her potentials, (Watch Video Here).