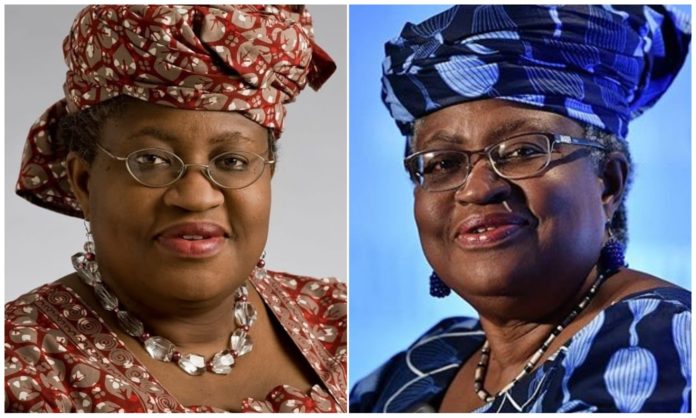 Nigerian economist and Director general of the World Trade Organization, Ngozi Okonjo-Iweala has made the Time 100 Most Influential People list. 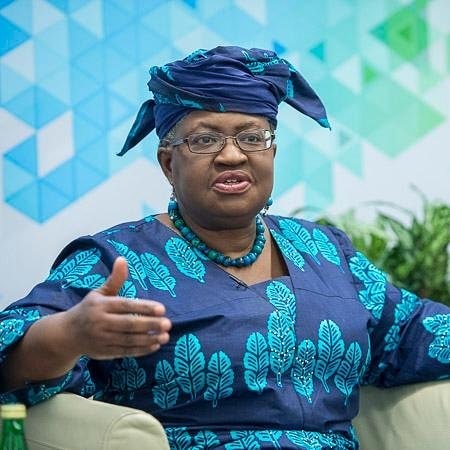 This was announced by the popular magazine via a post on their official social media platforms.

Ngozi Okonjo-Iweala is one of the 100 most influential people of 2021. As the first African and first woman to lead the World Trade Organization, “Okonjo-Iweala has shown us that to end the pandemic, we must work together to equip every nation with equitable vaccine access,” write Prince Harry and Meghan, The Duke and Duchess of Sussex.

Honored and privileged to be on the cover of Time Magazine and to be recognized as one of the Worlds most influential leaders! Profound thanks to the Duke and Duchess of Sussex for their kind words. All Glory to God! 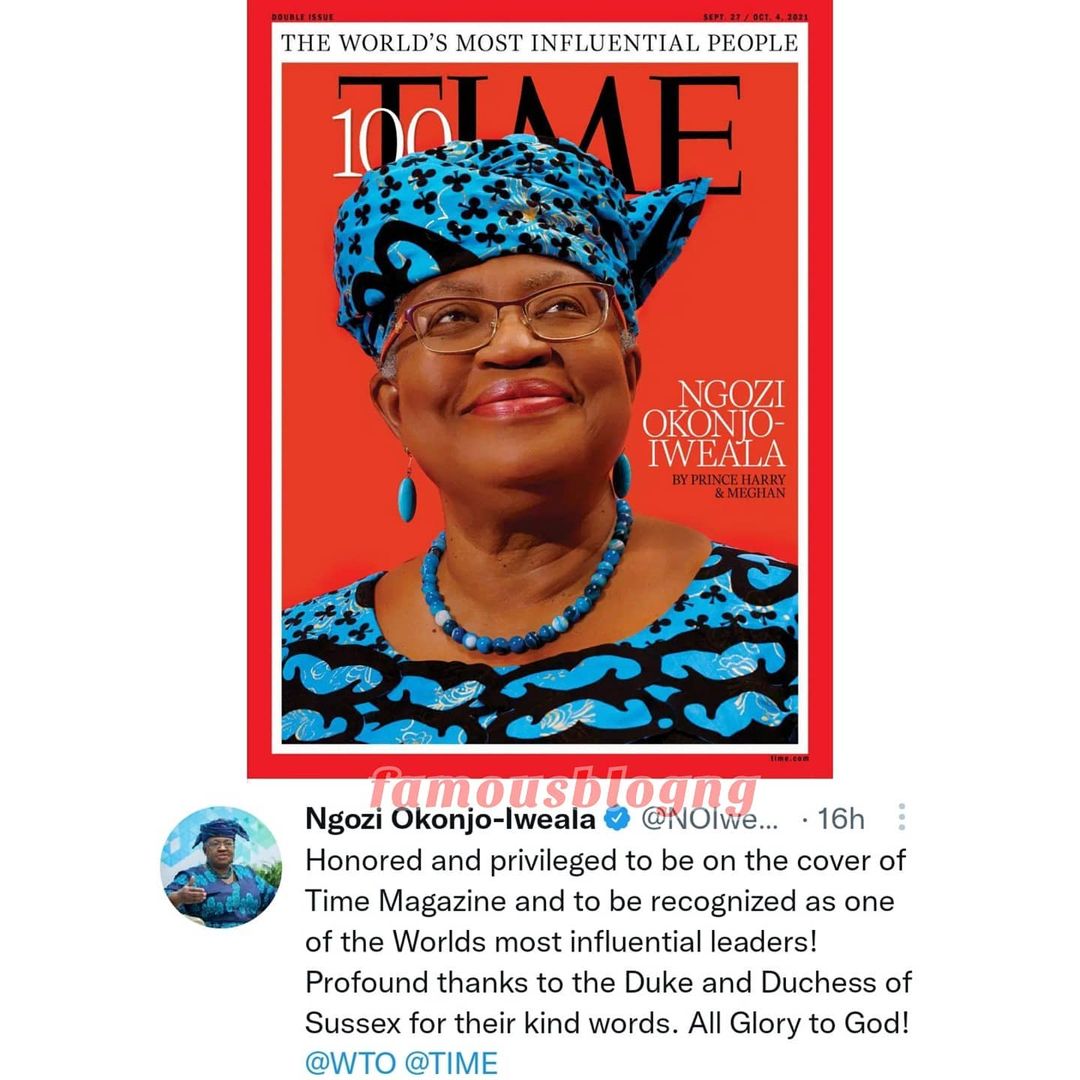