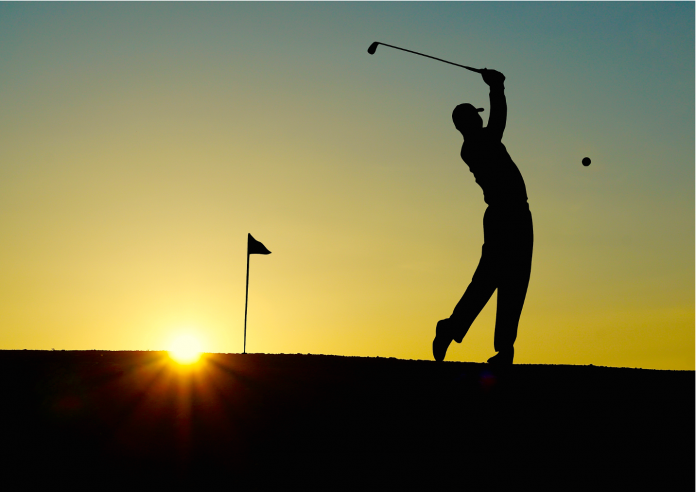 There’s a reason it’s called ‘The Greatest Game Ever Played.’ Golf can be an absolutely thrilling sport. Across its long and storied history, there have been some incredible matches that will forever be remembered as some of the greatest to have ever been played—and can serve as a perfect example of what can be achieved in this sport if you’re interested in trying your luck at golf.

It was the 2nd Sunday of April in ’86. Jack Nicklaus was four shots away from first place in the Masters. He was 46 and hadn’t won a big tournament in 6 years. Time was ticking for his storied career. Kite and Norman both had putts to tie him on the 18th hole.

They both missed, letting Nicklaus take his 6th Green Jacket, as well as his 18th and final major.

Nicklaus, who had not won a tournament since ‘82, was swept away with emotion from the big win and because of his dedication to adding one more win to his career before retiring.

Arnold Palmer was on a good path to creating Arnie’s Army in ‘60, after winning his 2nd Masters that April—one of 8 wins he would score in just that one year. But nothing could ever quite come close to his incredible win in the U.S. Open at Cherry Hills in Denver.
Palmer posted a 30 on the front nine, despite a bogey on the eighth hole. It was then that he noticed Drum in the audience. “I asked him, ‘Well, well, what are you doing here, since I have no chance?’”

Palmer regained his composure by the back nine, but his 35 there let him pull off the most remarkable final round in Open history ever before or since—a 65. Souchak lost a few putts down the stretch, letting Palmer take his win over a green player who would later become his biggest rival—Jack Nicklaus.

The 1977 Open Championship at Turnberry will eternally be remembered as The Duel in Sun between Tom Watson and Jack Nicklaus. Rare weather conditions—warm, sunny, with some wind—offered the ideal environment for two of the best golfers in the history of the game to passionately compete against one another for the final two rounds.
Watson squeaked by the most anxious two-footer of his golfing career, garnering a 65 and winning him the Claret Jug. Nicklaus wrapped his arm around Watson’s shoulders as the two golf legends walked off the course to the scorer’s tent.

At the 2016 Open Championship at Royal Troon, these two Triple Crown legends competed against a score of relative amateurs. Henrik Stenson and Phil Mickelson hit the ground running, leaving the other competitors stranded 20 lengths behind them by the first turn. When it got to the middle of the front nine on that final round, the duo was seven shots clear of the field. “By the 6th hole, it was pretty obvious it was going to be just us,” Mickelson was quoted as saying.

Mickelson’s last round of 67 earned him a total of 267, which tied with the prior record low at the tournament. He just could not get past Stenson’s impressive ten birdies in the final 18 and lost by a staggering three shots. “That’s the best I’ve ever played and not won,” Mickelson said. “I threw everything at him that I had.”

“I felt that this was going to be my turn,” Stenson said with an even tone that revealed his satisfaction with the result. “It makes it even more special to beat a competitor like Phil, and in July, Jordan Spieth kept a three-shot edge over Matt Kuchar, being one of the best to play the game.”

Beginning the 4th round of the 2017 British Open at Royal Birkdale in July, Jordan Spieth kept a three-shot edge over Matt Kuchar. But he began losing his grip a bit on the front nine, scoring three bogies and a birdie in the first six holes.

Spieth almost scored an ace on the 14th and tapped in for birdie. On the next hole, a par-5, he pulled an eagle out of a 50-foot putt. He came back after that with a 20-foot birdie. On the 17th, he scored another birdie. With five-under in four holes, Spieth managed to leave Kuchar and every other player on the field in the rearview.

After a tap-in par to end that round, Spieth won his 3rd major championship at just 23 years of age—something that had only ever been achieved by Jack Nicklaus before this.

This was not as much of an incredible effort to beat his competitors as it was an astonishing effort in self-discipline. “Michael Jordan and Michael Phelps are the greatest ever to do what they did, and I’m not,” Spieth said. “But if you believe you are, then you are almost as good as being that.”

Tiger Woods was at the peak of his career when he made it to the 2000 PGA Championship at Valhalla Golf Club near Louisville. He’d claimed the U.S. Open and British Open by an incredible margin and was quickly earning a reputation for himself as one of the best golf players in history. However, when he began the last round of the final primary season, he went up against a player who wouldn’t go down without a fight—Bob May.

It started with the 16th, which gave us one of Woods’s greatest achievements—shooting a birdie at 20 feet, pointing the finger at the cup when the ball made it to five feet because he knew he’d just claimed victory. Both players tried to score pars for the final holes, but Woods maintained his lead.