Home Entertainment Celebrities Rumors have it that Mummy G.O is reportedly the older sister to... 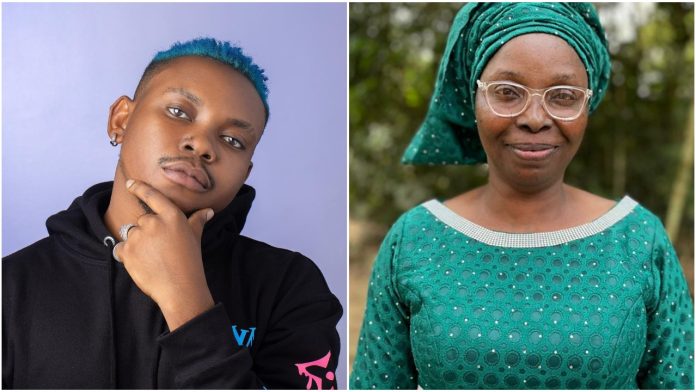 The controversial Mummy G.O. is reportedly the older sister to Maserati singer, Olakira, according to insiders close to the artiste.

Mummy G.O whose real name is evangelist Funmi Adebayo has been trending on social media since December 2021, her teachings of Hell and things about hell have drawn millions of reactions across the country.

Although in a recent interview with BBC News, she issued a disclaimer that some so of the now-viral videos are not her teaching and that they were doctored.

For instance, she revealed she uses a master card (ATM card) and she won’t be going to hell because of it, which is opposite to what was seen in one of her church teachings.

Earlier today, another of her doctrinal video and teaching surfaced online where she was seen saying HELLO is a demonic Slag and Demonic Language. (watch the video here).