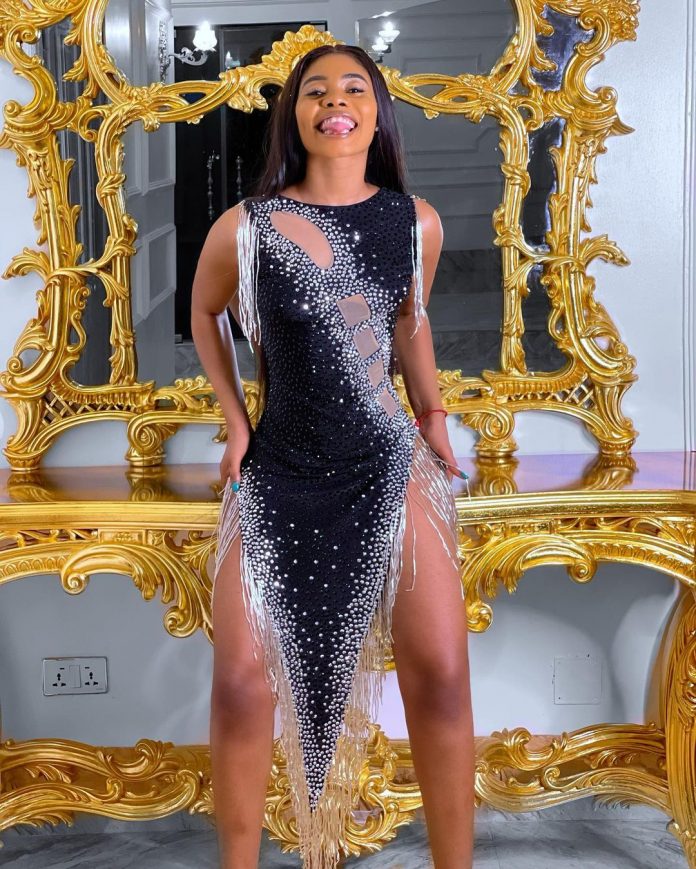 Social media personality and Instagram dancer, Jane Mena weighed on the viral news of someone using Juju to try to tie a man down.

Jena Mena reacted to the news by telling her fans that trying to secure a man with Juju doesnt work, at the end of the day they will end up with the wrong man because they sold their lives to the Devil, why not use that money to do a giveaway and increase your followrs on social media.

In other news, Popular Nigerian Comedian, Emmanuel Chukwuemeka Ejekwu aka Comedian Mr Funny aka, Oga Sabinus start down with Ebuka on Rubbin Minds on Channels TV recently and he revealed that there is a lot of money in content creation.

For example for him to appear in any ads for any brand, they pay him as much as 1.5 million, so imagine if he gets up to 5 of that in a month, that’s close to 10 million naira, meanwhile, there are also people on Youtube alone pays close to 20 million naira monthly for their content on youtube. (watch the video here).