Home Celebrity Net Worth and Biography Ovaioza Biography, Age, Net Worth, and Career (2022) 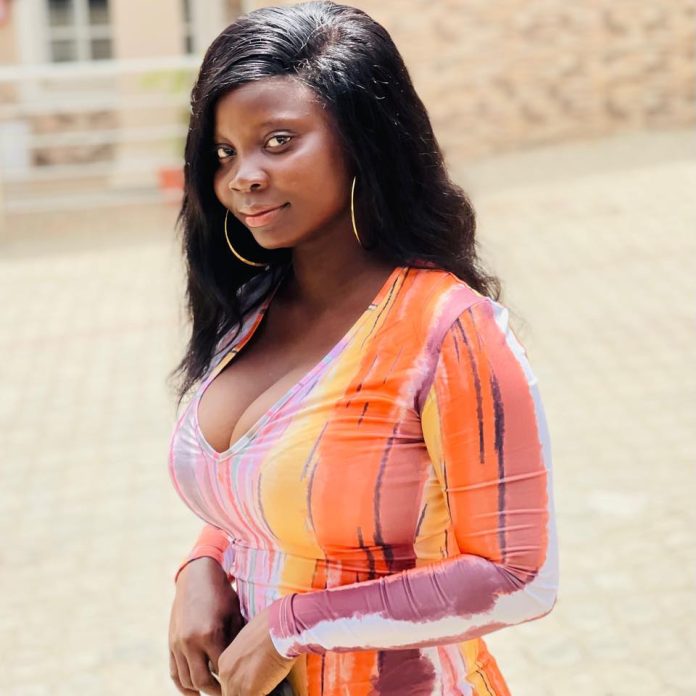 Ovaioza is a Nigerian businesswoman renowned for her Farm Produce Storage Business (OFPB), Ovaioza Skills Acquisition Center (OVASC) (OSAC), and Relax and Chill. In this article, we’ll explore her biography, age, net worth and career.

Imu Ovaioza Yunusa was born in Kogi State’s Okene Local Government Area on December 30, 1993. On the other hand, she is said to be from Igarra-Edo in Edo state.

Igarra-Edo is located in the Akoko Edo Local Government Area of Edo State, and its residents are known as the Anetuno people, who speak Etuno.

According to an interview by “the news chronicle”, Ovaioza made the following statements as regards the meaning of her name:

“My name is Ovaioza, meaning one who is compassionate – it was given to me by my grandmother. My mother was going through many miscarriages, and in the end, I came and stayed. It is a name I want people to identify me with.

She started her academic career in Okene, Kogi State, at the Arabic and Islamic studies college. She went to Nasarawa State University’s School of Nursing and Midwifery to study midwifery.

She travelled up north after finishing this course to pursue a Bachelor’s degree in Biology Education at Bayero University in Kano, the Hausa capital.

Imu is an experienced businesswoman who has made significant contributions to agriculture, food preparation, and skill acquisition.

She is the founder of two businesses: Ovaioza Farm Produce Storage Business (OFPB) and Ovaioza Skills Acquisition Center (OSAC), all of which are devoted to business excellence, customer satisfaction, and partnership with the public and structured private sector.

She is a well-known humanitarian, celebrity, certified midwife, biologist, educator, promotional model, and brand ambassador for several well-known brands. Her extraordinary services to humanity have garnered her numerous awards, including the All African Students Union (AASU), the West African Student Union (WASU), and the African Leadership Strategy and Transparency Development Initiative (ALSTD), among others.

Agriculture is a viable industry that can support the average Nigerian household financially. That implies eating food and selling food to make money. After all, agriculture is primarily concerned with the production of food. As a result, the Ovaioza Farm Produce Storage Business was born.

Everyone will agree that the year 2020 has been turbulent. Businesses closed, and jobs were lost due to the Coronavirus outbreak and accompanying worldwide lockdown. Poverty was on the rise in the United States. Following the Covid-19 lockdown, she made a decision.

She had not anticipated being on this voyage. Perhaps unconsciously. The actuality of it all seemed implausible, especially given her occupation. She did, however, take a step forward.

“I remember buying my first bag of Egusi and wondering if I was making the right decision. You know the feeling of” let me not go and throw away money I don’t have.”

The Ovaioza Skills Acquisition Center (OSAC) is a facility dedicated to assisting Nigerian youth development. In this moment of financial instability, the importance of talents cannot be overstated. OSAC would teach you and equip you with skills that would enable you to make money.

In the country, the number of available employment is less than the number of qualified graduates. There are many young people without a source of income, and this number is increasing year after year.

OSAC saw an issue and devised a solution. People will always demand certain services, even if there aren’t enough jobs. OSAC is committed to training young people to provide these services to the general public.

They have a long list of valuable money-making talents that we are happy to educate youths at a low cost.

The CEO, is an excellent example of how far mastering a talent and going into business can take you. She had met and observed teenagers without purchasing power during her years as a businesswoman, and she knew that something more had to be done for them. This is why she founded OSAC: to assist young people in gaining purchasing power through learned skills.

The newest addition to this list (for the time being) is ‘relax and chill.’

All these career successes and some decisions taken by her, in the long run, had a great impact on her net worth.

David, Ovaioza’s spouse, and she had been married for a long time. The businesswoman wedded her husband on January 12, 2022.

According to reports, Imu Ovaioza Yunusa, an alleged Ponzi Scheme money-launderer, has been apprehended.
Local media sites have stated that she has acquired a sizable sum of money from locals and ordinary people. They further claim she requested 70% to 80% of the proposal’s value in exchange, which was a large sum even during its passage. Authorities believe that she and her husband were planning to flee but were apprehended in time. The authorities presently detain imu.

Ovaioza, a buddy of the alleged Ponzi scammer, has apologized to investors and promised to return the automobile the lady gave him as a present. Victor Daniel wrote a lengthy statement on his Facebook page about the lady, detailing everything he knew about her and how he came to be her buddy.

He expressed sympathy for those duped into investing in the woman’s company. He also apologized for his role in marketing the company, which turned out to be a Ponzi scheme.

Ovaioza is a Nigerian businesswoman renowned for her Farm Produce Storage Business (OFPB) with an estimated net worth of $2 million dollars. We uncovered her co-ownership of the Ovaioza Farm Produce Storage Business and her revenue from the Ovaioza Skills Acquisition Center. She has had a lot of success due to this during her tenure in the role. As a result, these business ventures provide her with a considerable amount of income.

Her profit has increased, but her expenditure bill has increased as well, as she prefers to spend her money on materialistic items such as mansions and cars. Others have detailed her luxurious lifestyle, and she has been chastised for her dubious methods of making a living.

Imu Ovaioza Yunusa was born in Kogi State’s Okene Local Government Area on December 30, 1993. On the other hand, she is said to be from Igarra-Edo in Edo state.

Local media sites have stated that she has acquired a sizable sum of money from locals and ordinary people. They further claim she requested 70% to 80% of the proposal’s value in exchange, which was a large sum even during its passage.

David, Ovaioza’s spouse, and she had been married for a long time. The businesswoman wedded her husband on January 12, 2022.