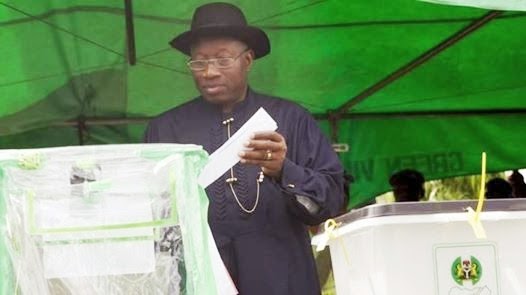 Former President Goodluck Jonathan has been cleared by the Federal High Court sitting in Yenagoa to contest the 2023 presidential election.

Justice Hamma also held that Jonathan’s right to vie for the office of president again cannot be stopped by any retroactive law.

In news, Ubi Franklin, a music executive, and blogger, is in a panic after his life was purportedly threatened at gunpoint by an opponent.

By running for a seat in the house of assembly, the blogger expanded his horizons into politics.

Ubi Franklin, a member of the All Progressive Congress, stood for a seat in the Yakurr constituency of the Cross River House of Assembly.

Cutie Julls, a blogger, said that Ubi Franklin’s life was threatened at gunpoint on election day.

According to the blog, Ubi Franklin fled the voting grounds after being intimidated by the cult guys who had overrun the event.

When Ubi arrived at the venue, four boys thought to be cultists from his opponent, Cyril Omini, accosted him and ordered him to leave or prepare for whatever awaited him, according to eyewitnesses.