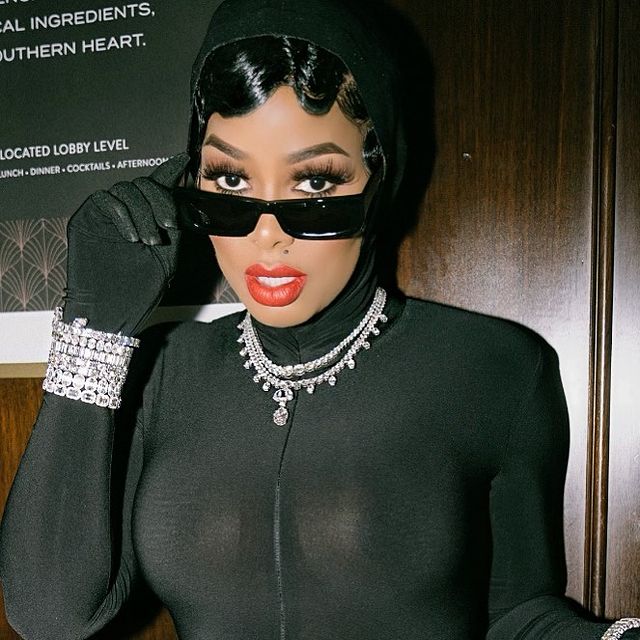 Keyshia Ka’oir is best known for being the wife of Gucci Mane, a well-known American rapper, and for running three successful companies and businesses. Keyshia Ka’oir rose to prominence after winning the XXL Magazine Eye Candy of the Year award in 2010.

She has quickly established herself as a prominent celebrity and launched her first business, Ka’oir Cosmetics, a cosmetic and makeup company. Keyshia made a name for herself and refused to live in the shadow of her husband. She works as a celebrity stylist for a number of musicians, actors, and athletes. She has appeared on the covers of magazines and ad campaigns as a model.

She is also a fitness fanatic and the owner of Ka’oir Fitness. As a result, she has amassed a net worth of $20 million. Keyshia is known for living in fancy mansions and driving slick cars with her spouse Gucci Mane.

Many high-profile celebrities have endorsed her cosmetics line and have been seen modelling and promoting her products. After achieving success in the business world, she began appearing on television shows and was picked to star alongside her husband Gucci Mane in the hit reality show “The Mane Event.”

Keyshia Ka’Oir Watson was (born on January 10, 1985) in Jamaica. Little is known about her early years on the island, though it is speculated that she grew up in Kingston. Keyshia had a tremendous desire to be a performer since she was a child, which she eventually accomplished. Keshia and her family moved to Florida from Jamaica when she was 17 years old. She grew up with three brothers, one of whom was previously killed.

She began her career in beauty and fashion as a stylist after relocating to the United States, operating a small salon in Boca Raton, Florida, where she did hair and cosmetics. From there, she worked as a celebrity stylist for a while until stepping into the spotlight in 2009.

Keyshia began attending acting classes the same year, aiming to one day work as an entertainer. Then, in December 2009, she landed her first on-screen appearance in Timbaland and Drake’s “Say Something” music video. She was delighted to accept the part because the music video’s director, Paul Coy Allen, was ready to cast her as a real character.

In her performance, Keyshia had outstanding acting talents and a strong amount of cleavage. In little time at all, national magazines began to notice Keyshia and put her on the cover of their publications.

Also in 2009, she appeared in Young Money’s BedRock, Jeezy’s Lose My Mind, and Yo Gotti’s We Can Get It On, all of which were directed by Jeezy. All of Keyshia’s shoots have swiftly become known for her involvement in the creative process. The 2010 Model of the Year award went to her, and XXL Magazine crowned her the winner. She’d gained a lot of self-assurance and was starting to get some notoriety at this point.

Keyshia Ka’oir is married to Gucci Mane, a rapper from the United States. At the time she was selected XXL’s Eye Candy Of The Year, Gucci was serving time in Fulton County Jail and received a copy of the magazine. Initially, Keyshia was hesitant to appear in Gucci’s new music video, saying she didn’t want to be around rappers. However, Gucci’s manager convinced her to appear in the video.

After much resistance from Gucci Mane, she eventually agreed to do the video. Gucci’s team flew her out to Atlanta for the shoot and they met that day. The two began dating after the shoot and on November 23rd, 2016 Gucci Mane proposed to Keyshia during a basketball game between Atlanta Hawks and New Orleans Pelicans.

He proposed to her with a 25-carat diamond ring and of course, Keyshia said yes. The wedding was set for October 17, 2017, and Keyshia took the social media to announce which network their wedding would be broadcast on.

Prior to the wedding, BET signed up a 10-episode series on the couple in exchange for a rumored $650,000 payment and a network picking up the cost for their million-dollar wedding. Everyone, including the camera team, was dressed in all white for the main event. 2 Chainz, Lil Yachty, Big Sean, Trina, Diddy, and Rick Ross were among the celebs who attended the wedding. The event, which reportedly cost $1.7 million, took place at Miami’s Four Seasons Hotel.

Keyshia also has three kids from her previous relationship, 2 sons and a daughter.

Like her husband Gucci Mane, Keyshia also owns an insane car collection as well. She bought a “Lamborghini Aventador SV” which came with a neon green-yellow paint and matching custom wheels and this one costs around $550,000. The next model she owns is a light violet pink “Lamborghini Urus” with custom wheels and the price of the car is about $350,000.

Keyshia owns a brand new “Rolls Royce Ghost” in full orange with matching wheels. This is the newest Rolls Royce model out with an insane luxurious interior and the price tag for this one is $500,000. The other one is a “Rolls Royce Cullinan” in dark red and the car was gifted to her by her husband Gucci. The price of this beauty is $450,000. Keyshia was also gifted by her husband a “Rolls Royce Wraith” in a light blue coupe that costs around $350,000.

Keyshia Ka’oir is a well-known Jamaican model, stylist, entrepreneur, and fitness instructor who has a net worth of $20 million as of 2022. She is one of the most well-known internet personalities and social media influencers in Florida. Keyshia has amassed a sizable fortune from her successful businesses and appearances in magazines and music videos. She enjoys blowing millions of dollars on herself and has a sizable jewelry collection.

She flaunted her pricey diamond jewelry on Instagram, including a diamond watch, diamond rings, several necklaces, blinged-out bracelets, and sparkling diamond earrings. For Valentine’s Day, her husband Gucci Mane gave her a 60-carat diamond ring. Furthermore, she spent $250,000 on jewelry buying in 2018. Keyshia Ka’oir earns more than $1.5 million per year from a variety of sources. Her vlogs and short videos are also uploaded on her YouTube channel.

What is the net worth of Keyshia Ka’oir?

Keyshia Ka’oir is a well-known Jamaican model, stylist, entrepreneur, and fitness instructor who has a net worth of $20 million as of 2022.

How much Keyshia Ka’oir make?

What is the age of Keyshia Ka’oir?