Home Entertainment MI Abaga and journalist Joey Akan throw brutal shots at each other on Twitter... 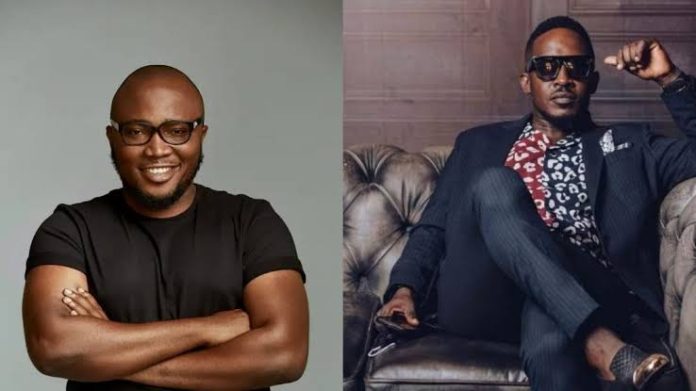 Nigerian rapper, MI Abaga, and journalist Joey Akan are trending on Twitter after they took to the platform to throw jabs at each other.

The drama started after the music critic took to Twitter to shade Nigerian rappers after none of them met with American rapper Dababy when he came to Nigeria to shoot a music video with Davido.

The shade was apparently aimed at MI Abaga and YCee after they lashed out over the absence of rappers at the Rick Ross Live In Concert in Nigeria last month.

M.I, who came across the shady tweet about Dababy’s visit didn’t take it well and decided to engage him in back and forth dragging.

In one tweet, the rapper branded the Journalist as ‘insecure’ and claimed he was insulting ‘people to feel better.’ He also went on to  call him an “enemy” of the community and told him he was no longer welcome in “Nigeria’s hip-hop community.”

Read Also: ‘Your Father Is Senior Man, I Will Soon Arrest You’ – Bobrisky Blows Hot As He Clashes With Oga Sabinus

Joey Akan in one of his tweets claimed that he stood up to M.I multiple times when he wanted to use him to attack an artist. He also accused the rapper of ruining the careers of several artists in the industry.