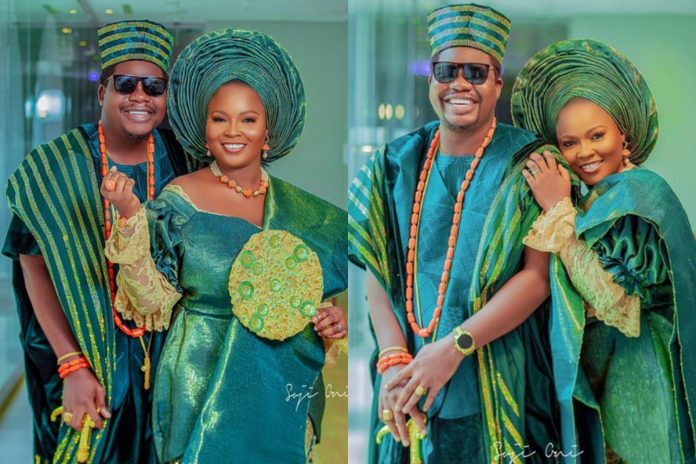 Nigerians and comedy fanatics couldn’t believe their eyes that their favorite skit maker was getting married after photos of the wedding of him and Mummy Wa filled up their various social media pages.

From his caption, he noted that they were getting married as husband and wife. Well, the comedian who clocked 29 years recently has refuted the claims.

Mr Macaroni claimed that he is not married however being 29 years old feels so good. He wrote on the microblogging platform. 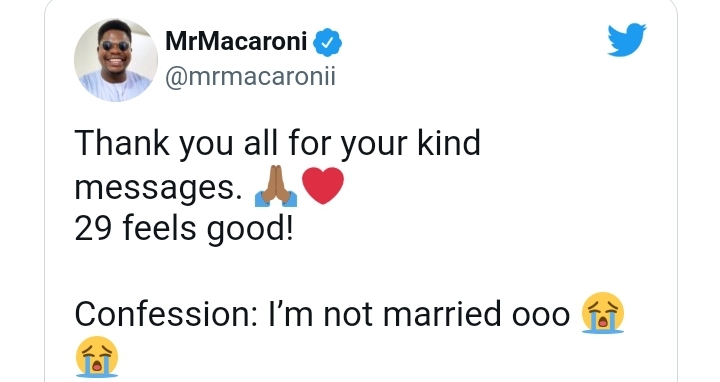 “Thank you all for your kind messages. 29 feels good! Confession: I’m not married ooo,”