Home Entertainment “I know I worked for this” – Portable brags as he gets... 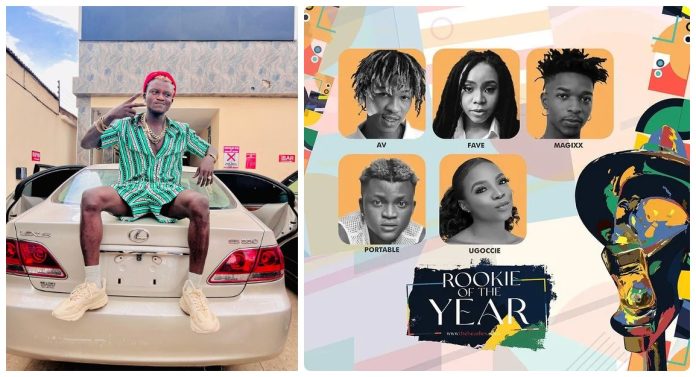 Habeeb Okikiola, popularly known as Portable, a controversial artist, has finally realized his aim of being nominated for the Headies.

The singer, who is frequently in the headlines for various reasons, has been nominated in two categories.

The nominees lists for the spectacular show were announced on Tuesday, May 24, 2022, and the zazu star was nominated for Rookie of the Year as well as Best Street Hop Artist alongside Naira Marley, Mohbad, and Bella Shmurda.

The ecstatic artist expressed his delight on Instagram, writing:

“I KNOW I WORKED FOR THIS AND I KNOW IT FOR ME BASE ON BELIEVE @THE_HEADIES DON SHOW LOVE AKOI GRACE KING 👑 ZAZUU BEST ROOKIE AND BEST STREET POP OF THE YEAR ZAZUU ZEH ⭐️STREET TI TAKE OVER @OLAMIDE @POCO_LEE KALA WUWA IKA ZEH NATION”.