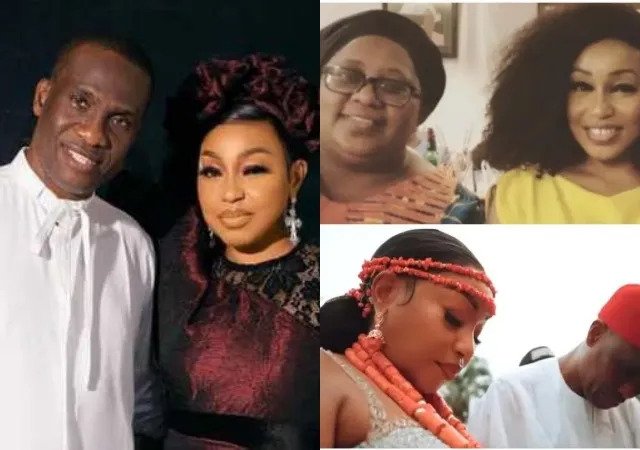 Recall that earlier this week, it was alleged that Fidelis Anosike is having a romantic affair with two female Nollywood stars whose identity begins with ‘U and I’.

The blogger also threatened to reveal the location of the hotel Fidelis Anosike and the actresses frequent, noting that they were also present at Rita Dominic’s traditional wedding.

Fidelis’ promiscuous lifestyle was revealed to be the cause of his previous marriage’s demise.

Mildred responded via Twitter, claiming that those claiming Fidelis Anosike was cheating on Rita Dominic were spreading lies about him and could face a defamation suit.

Mildred Okwo also retweeted a post about Rita Dominic’s silence on the alleged cheating scandal, threatening to pursue a lawsuit against the Instagram blogger who broke the story.