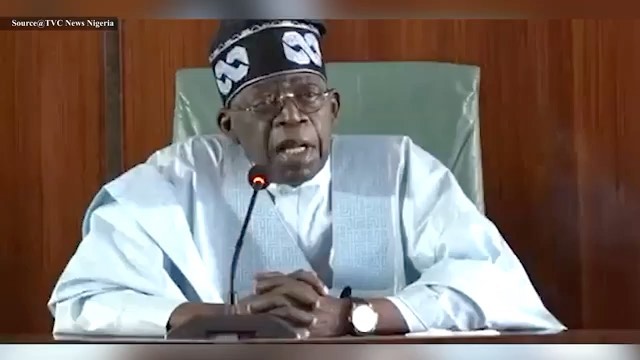 Indications yesterday emerged that the former Governor of Lagos State and leader of the All Progressive Congress (APC), Asiwaju Bola Tinubu, may clinch the ruling party’s presidential ticket.

Findings from the party faithful in Kano, Kaduna, Kastina, Niger, Adamawa, and other parts of the north-east and north-west revealed that no other aspirant was respected and trusted by the delegates as much as Tinubu, who was received in all the states with a rousing welcome, was also described as a consistent leader and a true party man.

According to a reliable source in Kastina, who pleaded anonymity, some APC caucus members are currently evaluating all aspirants’ track records in terms of their commitment to democracy, APC, tolerance and achievements.

“I can tell you authoritatively that we are seriously considering Asiwaju because of his track record. He is truly a detribalised Nigerian who has remained consistent with democracy and the rule of law over three decades. Several Nigerians have benefited from his generosity and he is not bias in dealing with people irrespective of their tribe, religion, and other differences. A peep into Tinubu’s family, political dynasty and many of those who have become important figures in Nigeria today says it all. “

Meanwhile, speaking on his readiness to succeed President Muhammadu Buhari, Bola Tinubu, during his visit to Kaduna, Katsina, Niger, Adamawa and other parts of the north, declared that he has the track record and experience to be the president of Nigeria.

Tinubu, who stated this when he met Governors Aminu Masari of Kastina and Nasir el-Rufai of Kaduna States as well as other APC delegates in the states, said he joined the contest to unite the country

He told all the delegates in the states he visited that he has the experience to turn around the situation of the country, especially in the economic and security sectors, to ensure that Nigerians benefit from its resources.

Apparently speaking on the number of candidates contesting for the presidency, Tinubu said, “Anybody can run, but not everybody can become President. You have to have the track record, experience, vision, training, and developmental programme to change a nation from poverty to prosperity. I’ve got it all; I’m different from them. They’re candidates, they’re aspirants, but I’m an aspirant.”

Speaking on the desires of the northern delegates to support Tinubu’s aspiration, Hon. Haliru Shetimma, a member of the Kaduna APC delegate, said that Kaduna delegates have made up their mind to go with a trusted leader among presidential aspirants.

He said: “The former Lagos state governor is not one of those emergency leaders who suddenly realized the need to become Nigerian president. For us in Kaduna and other states, we are standing on Asiwaju’s mandate. He knows the way. We are following the development in Lagos, where non-Yoruba are becoming members of the state cabinet and lawmakers. That is the kind of leader we want,” he said.

While responding to Asiwaju during his visit to the state, Governor Nasir El-rufai also thanked Tinubu for the visit and also for remembering Kaduna during its trying moments and for his generosity.

“You have spoken to our people, they appear convinced, and when the people of Kaduna give their words sir, you can be rest assured of our support.

“We keep to our words and ensure that as we intend to keep our promise. We will also want you to promise to deal with insecurity, and infrastructure and support agriculture and empowerment,” he said.

Governor Masari, who also commended the former governor, noted that the current security challenges in the state started with cattle rustling, which he described as “community banditry“.

During Asiwaju’s visited to his state, the Niger State Governor, Abubakar Sani Bello threw a question to the delegates whether they were in support of Tinubu’s candidature and the response was overwhelming.

It would be recalled that President Muhammadu Buhari had promised to ensure that every aspirant will be given a level playing ground in the forthcoming APC presidential primary taking place at the Eagle Square Abuja.