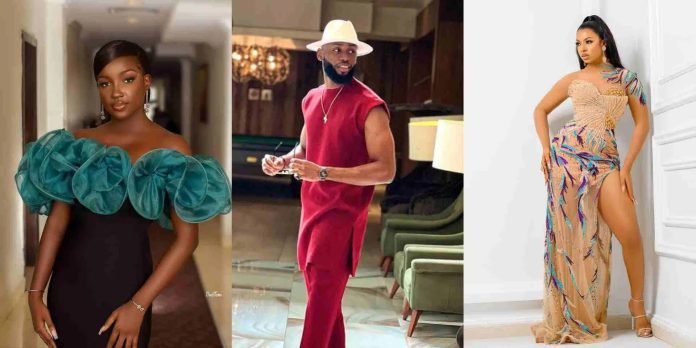 Emmanuel Umoh, an ex-housemate, has stated why he did not attend Liquorose’s birthday celebration despite her invitation.

He revealed this during the Big Brother Naija Reunion program on Thursday, June 9th. He claimed that he chose not to go since it would be inappropriate to show up at her birthday party merely to stare at her and then leave because their relationship had already ended.

Emmanuel said that when he personally invited Liquorose for his salon launch, she didn’t reply to his messages but after he dropped it on the group, she was among those who penned congratulatory messages for him.

According to him, this attitude displayed by Liquorose wasn’t acceptable to him because he felt that she only wanted to paint a picture that all is well whereas, in a real sense, it wasn’t.

Speaking on his relationship with Saskay, Emmanuel opened up to having hung out with her but claimed that he didn’t know Liquorose would pick offence in that.

He revealed that Liquorose called and confronted him for going out on a date with Saskay even though he didn’t see their link-up as a date.

“Since There Was No relationship, Return My 500k”- Shipper Drags Emmanuel Over 500k Birthday Gift After Denying Relationship