Home News “The Criteria To Pick My Running Mate Is In My Pocket Book”,... 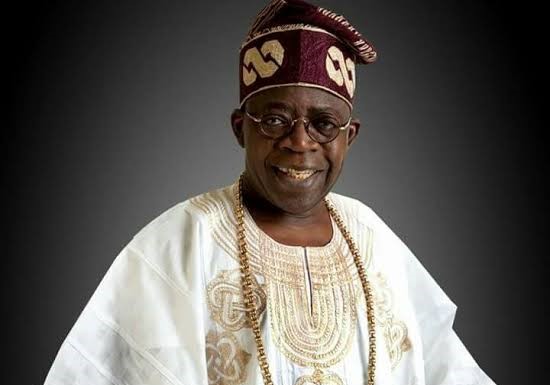 Tinubu was accompanied on a thank-you visit to the president by Lagos State Governor, Babajide Sanwo-Olu and MD/CEO Oando Plc, Wale Tinubu.

Speaking to journalists after the meeting, Tinubu lauded President Buhari for providing a level playing field for the process of selecting the party’s presidential candidate.

He recounted that the president had promised many times that he would support the democratic process and he had proven that with the party’s presidential primary, which he won.

“He promised the whole country and the world that he will build a legacy of transparency and consistency; legacy of a level playing ground for all the aspirants. He will be committed to democratic principles and values and he did so.”

“He didn’t endorse anybody, he didn’t impose anybody, and he did not at any time attempt to tinker with the process of this election to favour one tribe or the other. He was steadfast, he was trustworthy, and he was dependable…

“If he had to give it to anybody yesterday, it is not my victory that is important, it is the process and the management of that election that gave it to President Muhammadu Buhari,” he said.

Asked what his selling point would be on the campaign for the 2023 election, he said; “I am brilliant, I am experienced from the private sector to public sector and ready to hit the ground running same day and not mess up the legacy of progress and honesty that is left behind for me and handed over to me by President Muhammadu Buhari.

“All APC family members should celebrate in a limited manner, we just begin the hard work ahead to win the victory for our party is a hard one and we will win”, he said.

Asked also of the choice of his running mate, he said “I won’t tell you that. That is my right; it is in my pocket book.”