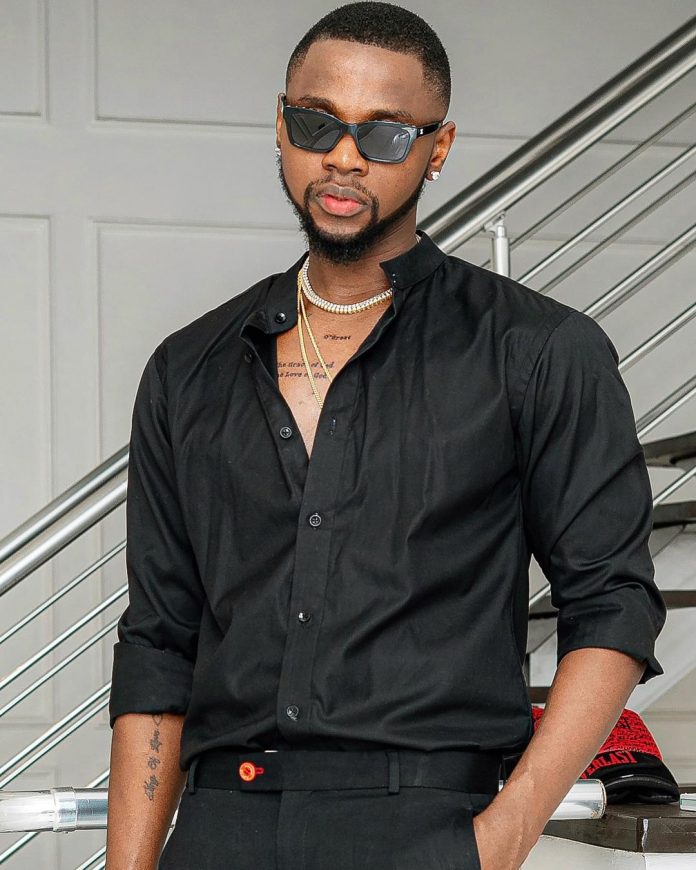 After declining to accept a floral arrangement at the airport in Zambia, Nigerian artist Kizz Daniel sparked conflicting comments online.

In the viral video, when a woman approached Kizz Daniel at the airport with a large arrangement of flowers, he didn’t say anything other than “hello.”

The flower was nonetheless accepted on his behalf by Kizz Daniels’ bodyguard.

On camera, reporters tried to persuade the musician to comment on what his Zambian fans could anticipate from him, but he remained mum. CLICK HERE FOR THE FULL VIDEO.

As a result, some Nigerians defended Kizz Daniels, but some Zambian fans expressed outrage, saying that his behaviour at the airport was inappropriate.

row_dah18 wrote: “Abeg, even Queen Elizabeth collects flowers from people but to each their own sha”

abagbodi wrote: “But he appreciated it, by touching his chest as sign of love”

Graced Mandy wrote: “Kizz Daniel is my favourite Nigerian artist but that behaviour is Uncalled for. Did his management force him to visit Zambia or what?”

Tkasonde wrote: “Leave your stupid attitude in Nigeria your home not in Zambia. That attitude at the airport was stupid and wasn’t necessary.”

Blessings wrote: “@kizzdaniel what you did at the airport is uncalled for that’s a stupid behavior you showed in Zambia. We don’t care how big you are but at least show gratitude when being welcomed”

glambyadu wrote: “Someone just landed,he is probably tired how is he not collecting flowers embarrassing? He didn’t push her away oo and he still showed a sign that he appreciated it and immediately someone on his team collected it….should he have acted like bbn housemate ni ?”

officialamayafeel wrote: “Without fans u are nobody, u take the flower first then hand it over to ur bouncer”.