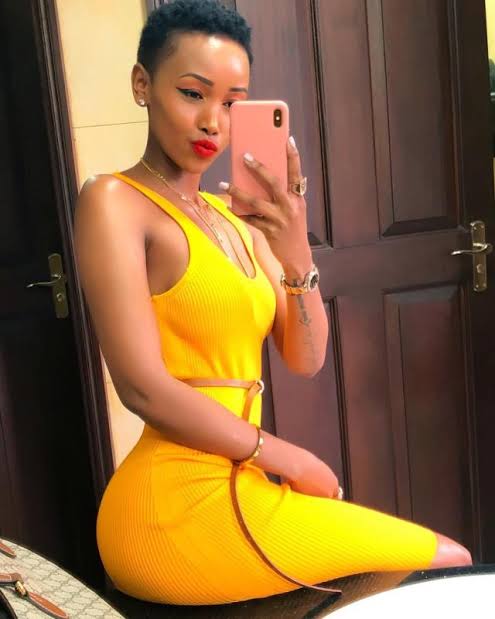 The Kenyan ran to her story to refute what Tiwa Savage said at a show she was performing in, “i am not looking a for a guy that has money… “.

This statement has caused stir online and has got netizens talking.

One of them is Monroe who has debunked her statement and made series of claims to back it.

“The irony. It’s true nothing like your own money as a woman but I won’t an undercover 40Plus runs woman lie to me. She is lying to y’all when she fucks marriedmen for $$$. Have your own but accept a man who has and is giving too. That man who exposed her sextape pays for P…… and many others and don’t come at me”, she first posted. 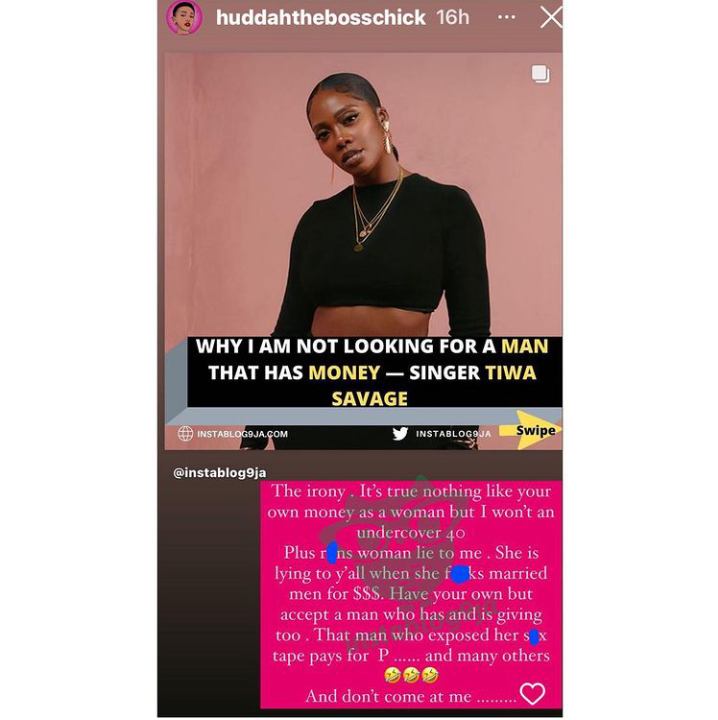 The second story reads “Don’t come on the internet and act like a saint when the SS knows you…. The audacity” 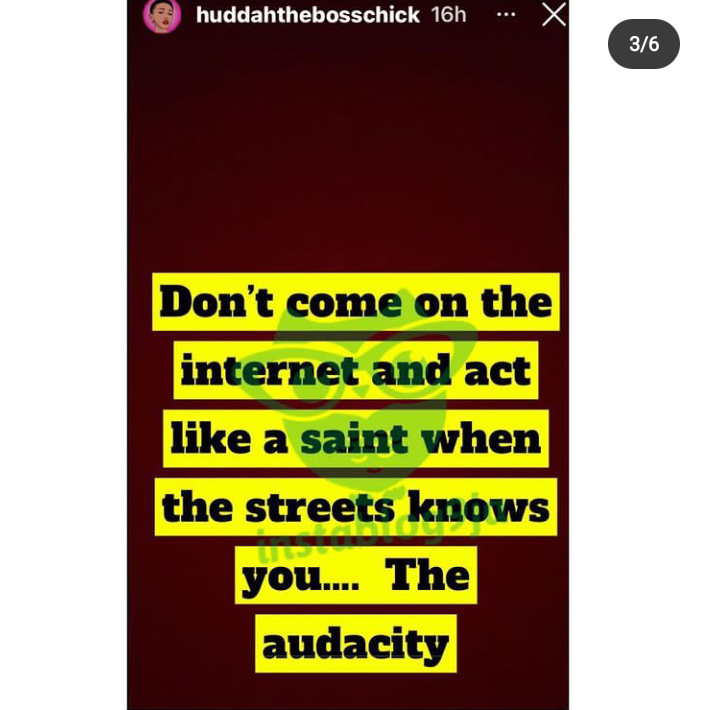 “I love females that speak reality but don’t advice women to stoop low and not want a successful man when you Chasing and sleeping with peoples husbands for $$$ 9999.”, the third reads. 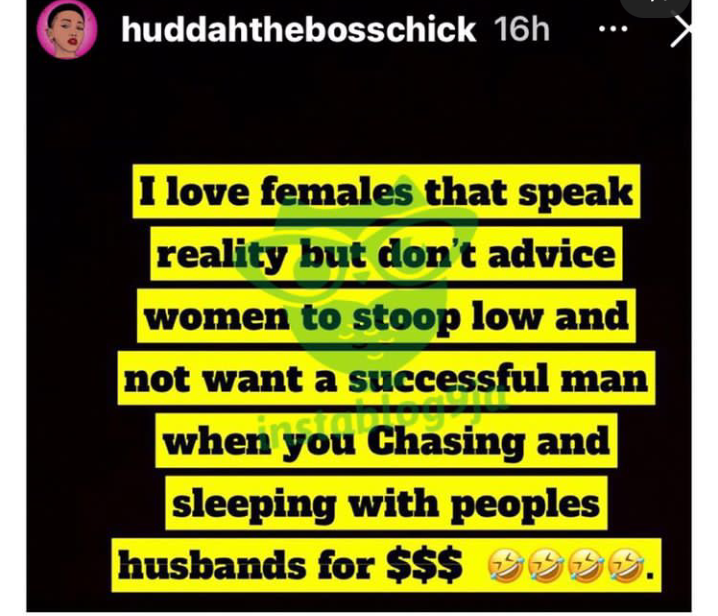 Monroe concluded all of these with “And don’t y’all say I’m jealous of Tiwa Savage. Lol! Coz I like her music but She doesn’t inspire me. I don’t see anything as a woman she has that I want. I don’t wanna be a certain age still running the streets and Shaking body until it breaks.That’s not what I want for myself.But if that’s what y’all want good.We move. We have diff priorities but as a BLACK WOMEN y’all know what y’all want deep down eventually….. and she is not yet the IMAGE of that maybe one day”. 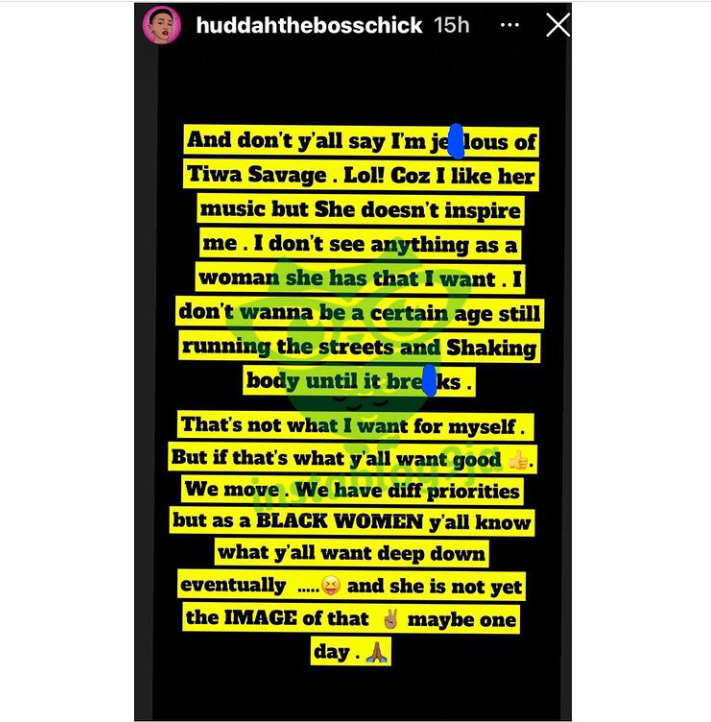 We can’t stake to these as facts, cause it’s prolly one of the many alleged opinions we come across on the internet.