Home Entertainment Celebrities “Who is the lucky man” – Weeks After Rumored Relationship With Kizz... 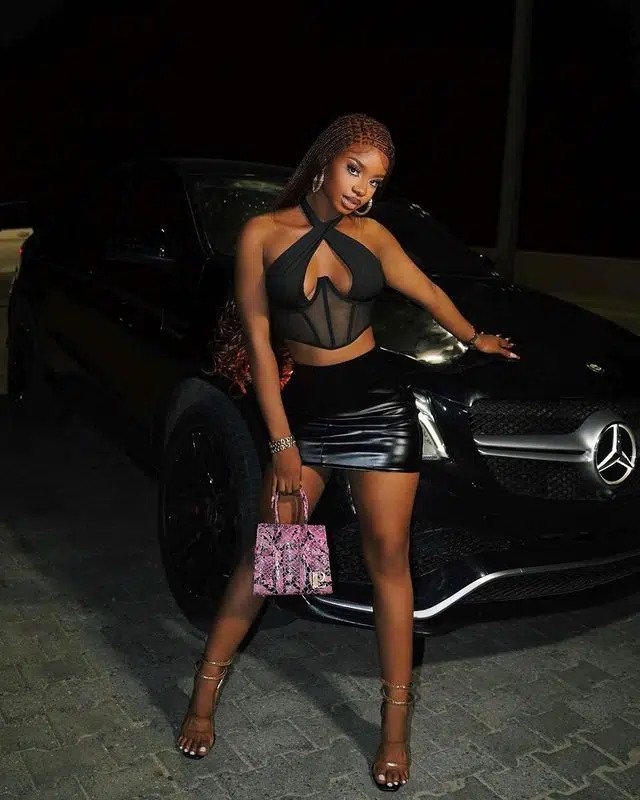 Priscilla Ojo, the daughter of actress Iyabo Ojo, has provoked outrage after wearing an engagement ring on her finger just weeks after an alleged romance with musician Kizz Daniel.

This comes after Iyabo Ojo, an actress, businesswoman, and single mother of two reacted angrily to allegations of her daughter Priscilla’s connection with singer Kizz Daniel.

Iyabo Ojo’s daughter, Priscilla, who was on holiday in Dubai, flew in to join Kizz Daniel in the UK a few weeks ago. On her Instagram page, the young entrepreneur posted a video showing off a stunning ring on her engagement finger. She wrote in the video’s caption:

“IT’S THE SEASON OF LOVE”

Akpajosephine wrote: Is it Valentine’s Day again.. Nobody told me.

celebrity.gurlfriend wrote: Should we type, congratulations?

Tee_offcial wrote: Who is the lucky man.

jedalo16 wrote: Is priscy trying to tell us something???