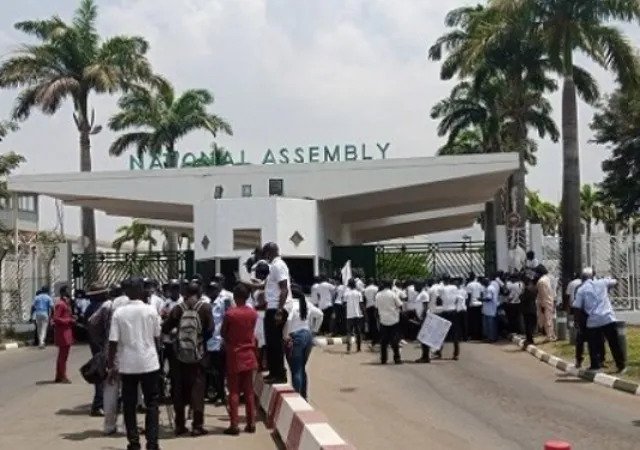 Workers affiliated with the Parliamentary Staff Association of Nigeria (PASAN) announced on Friday, June 3, that an indefinite strike will begin on Monday, June 6.

They accused the National Assembly’s management of breaking a Memorandum of Understanding to completely implement the amended conditions of employment, as well as employee training and retraining.

They also want their arrears of minimum wage, leave grant, and other allowances paid.

Workers protested today by blocking the gate with their bus and human shield.

According to The Nation, they have promised that the strike will be thorough and indefinite.

The Parliamentary staff had in May 2020 written to the Senate President, Ahmed Lawan, and the Speaker of the House of Representatives, Femi Gbajabiamila, appealing to them to wade into a brewing crisis occasioned by an alleged plot to stop the implementation of the revised condition of service for members. However, the lawmakers despite another chance given them to do the needful reportedly failed to implement the service conditions.

A member of PASAN EXCO who hinted about their ordeal in a conversation with the Daily Post, said members of the group have decided to shut down activities of the National Assembly until their needs are met.