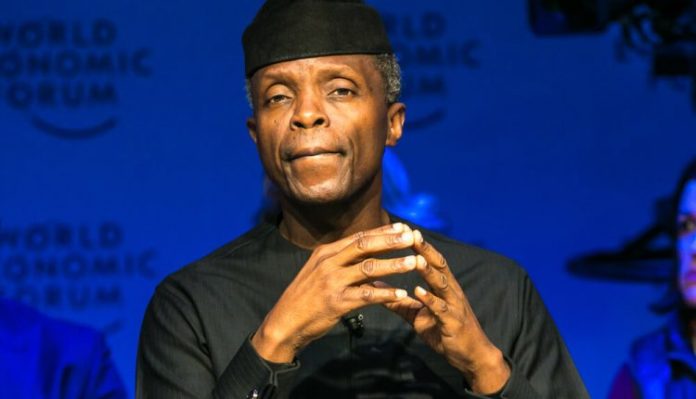 Yemi Osinbajo, the vice president, reiterated his commitment to stay involved in politics on Friday.

Osinbajo made this declaration in a virtual meeting with “representatives of the Diaspora Professionals for PYO,” according to a statement made by the vice president’s press secretary, Laolu Akande, on Friday.

This comes shortly after Osinbajo was defeated by Bola Tinubu for the All Progressives Congress’ presidential nomination.

At the end of President Muhammadu Buhari’s term in 2023, it was anticipated that the Vice President would succeed him.

According to Akande, Osinbajo declared that if God gives him the chance, the change will come quickly and actually matter.

THE STATEMENT READS, “I INTEND TO STAY VERY ACTIVELY ENGAGED IN THE POLITICS OF OUR COUNTRY, BECAUSE I BELIEVE STRONGLY THAT, IF GOD GIVES US THAT OPPORTUNITY, THE CHANGE WILL BE SWIFT AND WE WILL MAKE A REAL DIFFERENCE.

“WE MUST CONTINUE TO PUSH. IF WE GIVE UP AND SAY LET’S SEE HOW IT GOES, WE WILL BE MUCH FURTHER BACK THAN WHERE WE STARTED FROM.”