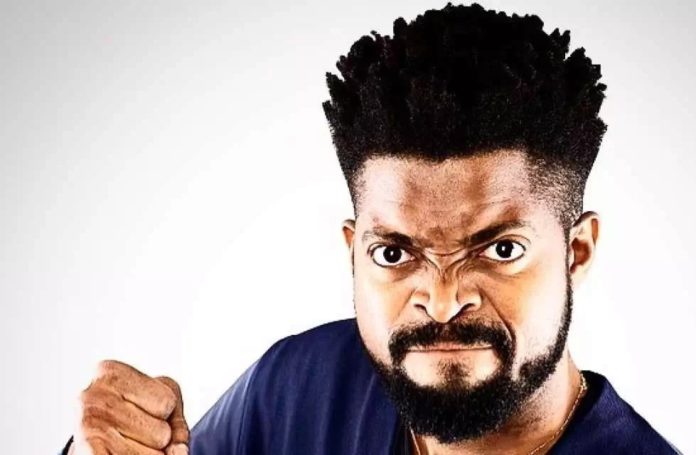 Nigerian comedian and actor, Bright Okpocha popularly known as Basketmouth who recently blew hot over a viral meme of him being compared with a dog, has reacted to the Governor Okowa’s aide opinion about Portable needing rehabilitation.

Recall that Portable got himself in trouble following a viral video which showed the Zazu crooner organising some youths to beat up a young man and inflict injury on the victim.

The Ogun State Police Command ordered him to report himself to the nearest police station or risk arrest been forcefully arrested.

Reacting to it, Ossai called for the singer to be taken to an alcohol and drug rehabilitation centre. He stated that Portable needs to be taken care if before he gets himself damaged in the name of fame.

Basketmouth who responded to Ossai’s opinion agreed that indeed Portable needs rehabilitation but if that is to be done then he should recommend some of his colleagues to join the singer because there is little or no difference between them.

“That is fine as long as you recommend some of your colleagues to join him, the difference ain’t much” He wrote. 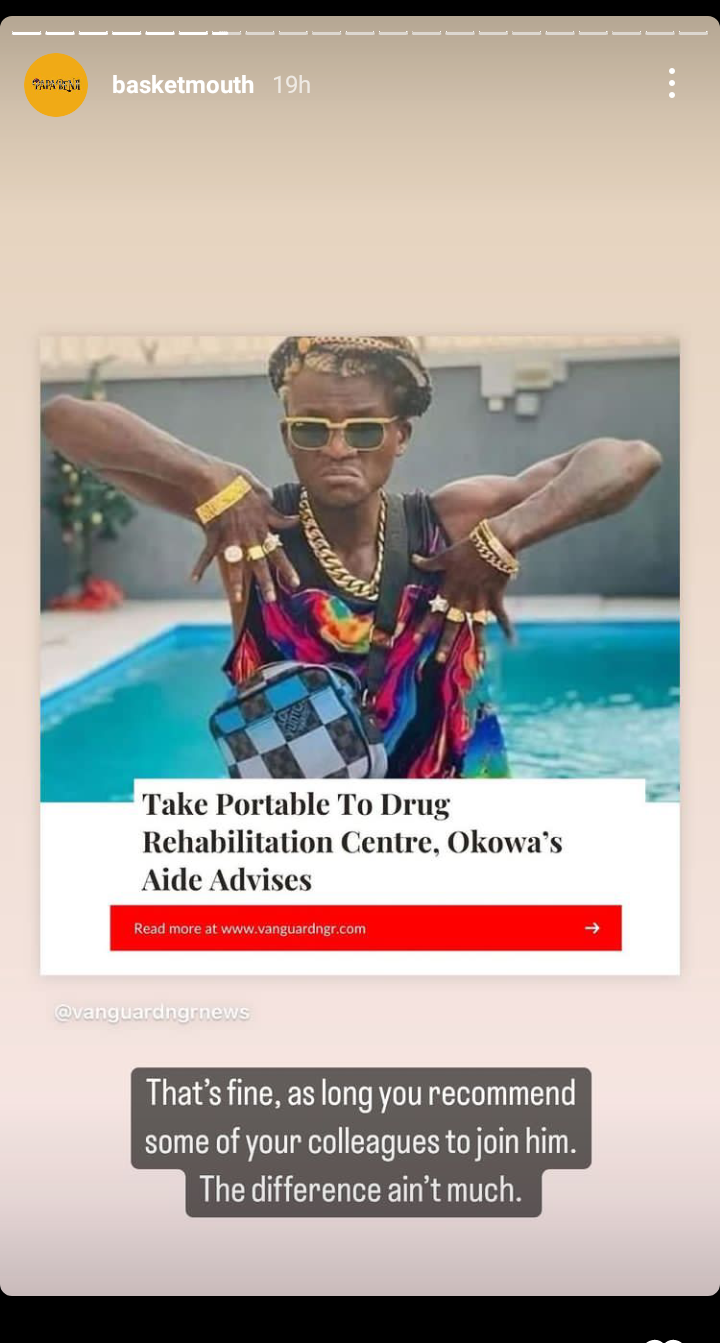