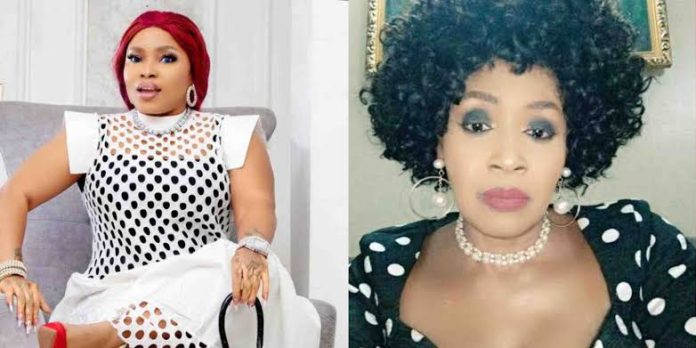 Journalist Kemi Olunloyo has replied to actress Halima Abubakar threatening to expose her after she called her evil over her post about the late Ada Ameh.

Kemi Olunloyo revisited her beef with the late Ada Ameh while reacting to her death saying she doesn’t have any respect for the death hence calling her out over comments made in reacting to her findings about the death of little Sylvester.

Halima Abubakar reacting to the rantings of Kemi Olunloyo described her as evil for not respecting the dead and the fact that Ada Ameh isn’t around to say anything and also rubbing it in the face of her family and loved ones who are mourning.

Kemi Olunloyo has replied to that comment from Halima Abubakar and has threatened to expose her, with DMs of how she claimed some colleagues of hers tried killing her with juju and that she bled for months if she doesn’t let sleeping dogs lie.

According to the post of Kemi Olunloyo, Halima Abubakar mentioned the names of those she believed used the juju on her and made her bled for months and she still has the chats sent to her so she should let sleeping dogs lie. 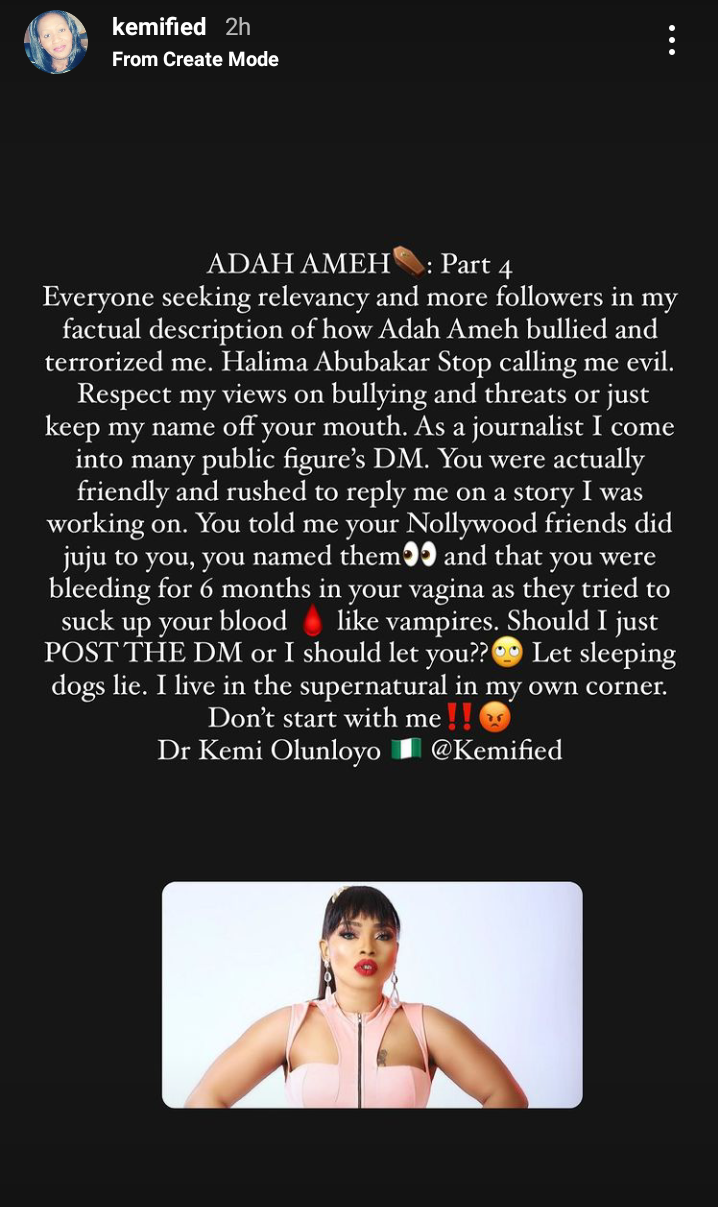